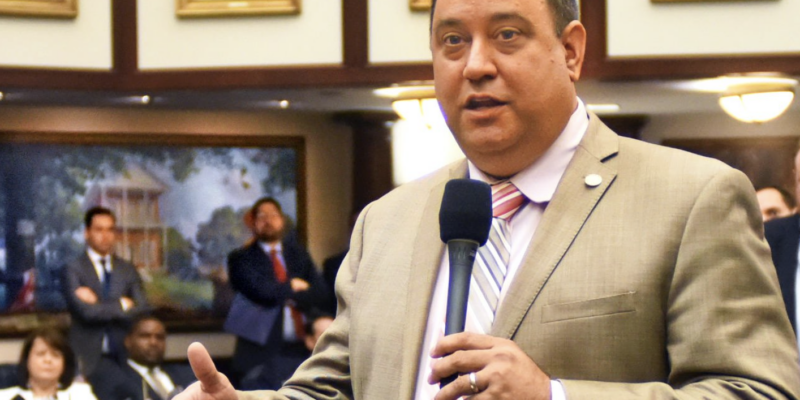 A new Mason-Dixon poll commissioned by the South Florida Hispanic Chamber of Commerce shows that the majority of Floridians — Republicans, Democrats, and Independents — support limits on the power and influence Big Tech giants like Facebook, Amazon, and Twitter, have over everyday Americans, and Gov. Ron DeSantis taking on Big Tech.

During a morning Zoom press call with interested parties, Sen. Ray Rodrigues (R), spoke about SB 7072, a legislative measure that was filed to pressure social media companies to be fully transparent with their business practices, specifically their practice of de-platforming individuals.

“We want to ensure the consumer in Florida is protected,” said Sen. Rodrigues, adding that SB 7072 was far as we (FL Senate) can take it at this point.”

Sen. Rodrigues (pictured) was referring to the recent criticism SB 7072 and the House companion bill Rep. Blaise Ingoglia (R) filed (HB 7013), have received because of the perception that the bills lacked the necessary measures needed to ensure that prospective political candidates would not be de-platformed. 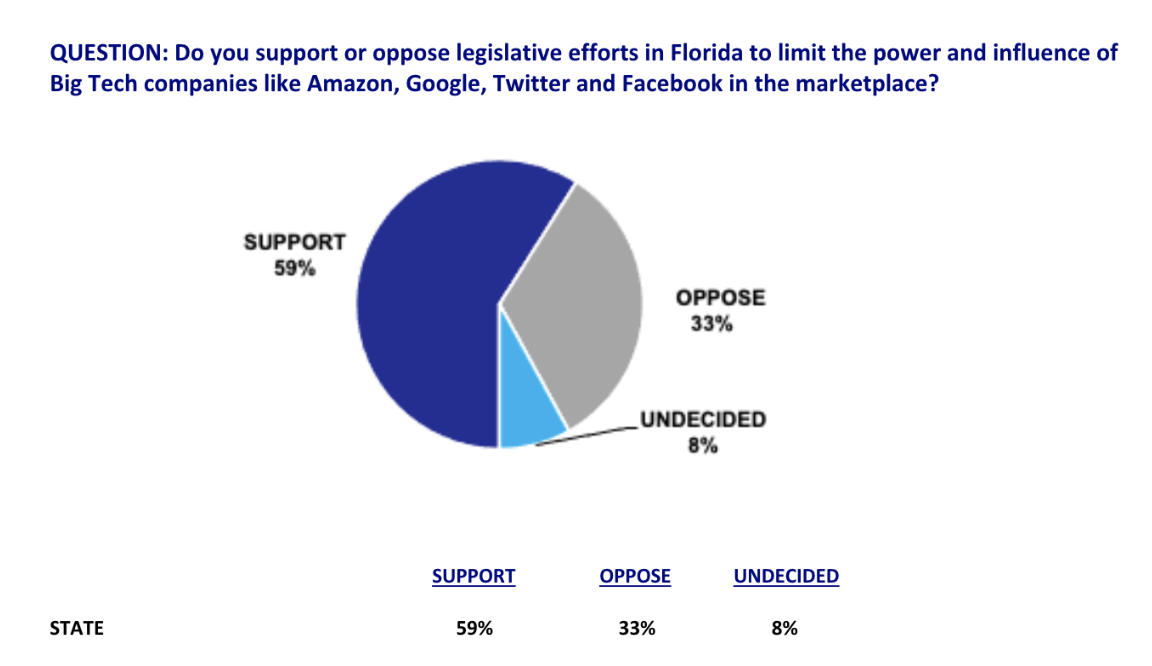 Rodrigues says that “it will get everyone’s attention” the fines that would be imposed on media companies “probably wouldn’t do much,” adding that the accumulation of days would be newsworthy. Rodrigues then said that hoped the “court of public opinion” would eventually weigh heavy on these media companies.

“Florida has the chance to set an example for Congress by enacting legislation in support of Governor DeSantis’ goal to put fair guardrails on big tech companies,” said Liliam “Lily” Lopez, president of the South Florida Hispanic Chamber of Commerce. “SB 7072 can establish both transparency and accountability to ensure a fair marketplace for all of Florida’s small businesses.”

Here are takeaway points of the poll:

Kamala Harris To Visit Mexico and Guatemala ‘Soon,’ But Not Southern Border