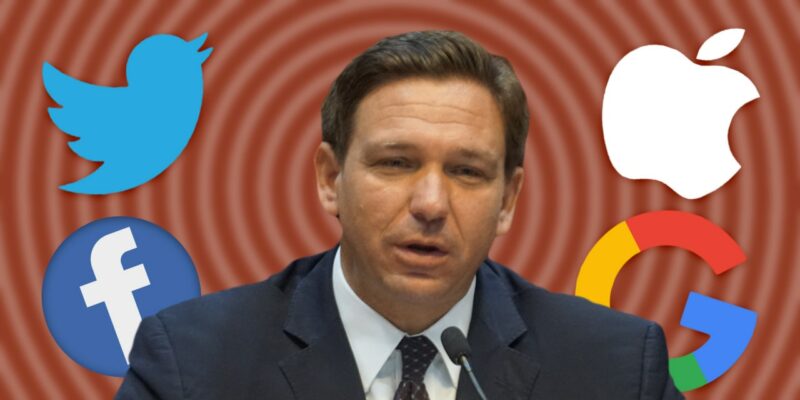 Republicans are often their own worst enemy and a perfect example can be seen in how they are mishandling Governor Ron DeSantis’s signature piece of legislation known as “The Big Tech Bill”, HB 7013.

When Governor DeSantis announced that he was going to hold Big Tech and the social media giants, Twitter, Facebook, Youtube, and others accountable after they conspired to cancel the then-sitting President of the United States and leader of the free world, Donald Trump, from the Internet, DeSantis was hailed as a hero by the Conservative base.

It immediately allowed the Governor to bank political capital and it put him on a winning trajectory for his 2022 reelection campaign.

Some are already throwing his name out there for the 2024 Republican Presidential nomination, because taking on the culprits responsible for cancel culture, with real action, takes real leadership that DeSantis has showed.

During a recent press conference in West Palm Beach, the Governor said,  “Under our proposal, if a technology company de-platforms a candidate for elected office in Florida during the election, a company will face a daily fine of $100,000 until the candidate’s access to the platform is restored again”.

“When our legislature convenes next month, it will pass and I will sign, the most ambitious reforms yet proposed for combatting political censorship and de-platforming, for preventing Big Tech from interfering in our elections and for safeguarding the privacy of your personal data,” DeSantis reiterated during his CPAC address in Orlando.

It seems pretty straightforward that the Governor wants and expects the Florida legislature to produce a strong, effective, and comprehensive bill, that he can sign into law, that holds Big Tech and its affiliates accountable.

So far so good, right?

Following the Governor’s speech, the Floridian spoke to state Rep. Blaise Ingoglia, the Republican legislator who is responsible for crafting and sponsoring the Governor’s bill, Transparency In Technology Act, HB 7013.

After the bill was filed, major concerns regarding the bill’s effectiveness were raised by some leading Conservative influencers and thought leaders on cancel culture, who are watching this bill closely, including, Congressman Paul Gosar, Conservative author Michelle Malkin, Congressional candidate Laura Loomer, Republican strategist Karen Giorno, Adam Candeub, Acting Assistant Secretary of Commerce for Communications and Information under the Trump administration, and multiple conservative and tech media outlets, including Breitbart News.

Their concerns appear valid.  The language, penalties, and effectiveness fall woefully short of Governor DeSantis’s promises to hold Big Tech accountable.   Rep. Ingoglia assured The Floridian that anyone running for any office across the state of Florida would be protected by the bill, adding, “If President Trump ran in 2024, he would be covered.”   This is now seen as being categorically false because there are no retroactive measures in this bill. If a candidate is currently de-platformed they will remain de-platformed when they file to run for office.

Laura Loomer knows this all too well.  She is patient zero when it comes to "cancel culture" and was the only de-platformed congressional candidate in the 2020 election cycle. Even after she won her Republican primary, she ran against incumbent Democrat Rep. Lois Frankel, completely de-platformed during the general election.

She has since filed her paperwork to run again for 2022 and faces the same political headwinds as President Trump, should he decide to run again in 2024, if this bill does not adopt critical amendments.

Loomer supports the Governor’s objective and has assembled a strategic team of experts and volunteers to help coordinate efforts to strengthen the bill.  She even testified in front of Chairman Ingoglia and lawmakers at the House Appropriations Committee hearing on March 15th and has worked behind the scenes with the Chairman and his staff to provide valuable insight and language for the final version of the bill.

But oddly enough, none of these changes were adopted. The Floridian has learned that if it were not for Loomer’s efforts, the Senate would not have had a companion bill and Governor DeSantis’s promise of signing a Big Tech bill would have died in the House.

But now, according to a “Call to Action” to Governor DeSantis by Loomer, there are several amendments floating in the state legislature that would ensure all candidates are covered under the bill DeSantis may sign into law, but they are being stalled and have been removed from the bill entirely.

Now that Rep. Ingoglia appears to have dropped the ball, and both bills are ready for a floor vote, the only person who can fix this disaster and dereliction of duty is Governor DeSantis.

Loomer’s call to action to the Governor states:

“The Transparency In Technology Act, HB 7013 and its Senate companion bill, SB 7072 are ready for a vote on the floors of the Florida House and Senate, but in their current form, the bills will not protect ALL Floridians. The proposed amendments are currently being reviewed and we need your advocacy efforts in support to rebut all of Big Tech’s lobbyists who have unlimited funds to spend and are fighting all legislative attempts to regulate Big Tech.

We URGE Governor Ron DeSantis and the Florida legislature to adopt critical amendments to ensure that Big Tech is held accountable if they target and deplatform candidates, elected officials, and Florida residents who support conservative values and free speech.  The language must also include penalties for payment processors, banks, all social media sites, and tech companies, telecommunication companies, and internet service providers that discriminate against Floridians and censor them on the basis of their political affiliation, so that we can send a strong message to Big Tech. We need to let them know that they cannot usurp the will of the people, cannot interfere with our elections, cannot become the arbiters of who is worthy to represent us, and cannot silence those who stand for free speech and free and fair elections.

The Big Tech Bill will determine the outcome of the 2022 midterm elections, the 2024 Presidential election, and all elections beyond.  Our future and our freedoms are in the hands of Governor DeSantis and the Florida state Legislators.  This is a moment in history where we can all be a part of the solution and the preservation of our liberties.

We have less than three weeks before the Florida legislative session ends.  The time to ACT is NOW!

Please call Governor DeSantis’s legislative affairs office at (850) 488-5000 and urge them to support these critical amendments proposed on the “Big Tech Bill”,so that Governor DeSantis can sign it into law, and we can save our great state and protect our elections.

Now those amendments mentioned in Loomer’s release appear to have been withdrawn from Ingoglia’s bill. The highly-touted House Transparency in Technology Act is basically a toothless piece of legislation that will give Governor DeSantis the unfair option to sign an ineffective bill, counter to his declaration that he wants to sign “the most ambitious reforms for combatting political censorship and de-platforming”.

This begs the question as to why Rep. Ingoglia, who is the sponsor of this bill and the former Chairman of the Republican Party of Florida would dismiss the Governor’s call for strong legislation and unity around this issue.

Several individuals close to State Senator Joe Gruters, who initially filed his “Loomer’s Law” bill to go after Big Tech in 2020, have pointed the finger at Rep. Ingoglia as having been the person to strip away the amendments before the bill goes to a floor vote.

Ingoglia’s actions are questionable given that he and other Florida legislators invited Loomer to travel to Tallahassee to help them adopt the right language for HB 7013.

Considering how DeSantis and this media outlet were censored on social media this week, it is in DeSantis’ best interest to revisit the amendments and demand Ingoglia and others re–add the amendments he is alleged to have withdrawn.

Republicans contend that if Big Tech shutdown President Trump, the same could be done to DeSantis ahead of his 2022 re-election campaign. With Florida expected to gain at least two additional congressional seats during the 2022 midterm elections, along with the goal of the Republican Party to take back the House, one would expect this legislation to be a top priority for Republicans like Ingoglia.

The impending censorship of Governor Desantis isn’t a prediction. Just this week, YouTube deleted his COVID-19 panel discussion with doctors.

It’s happening, and Floridians and Governor DeSantis’s grassroots base are watching closely.

DeSantis' executive office has been inundated with phone calls stemming from the call to action. 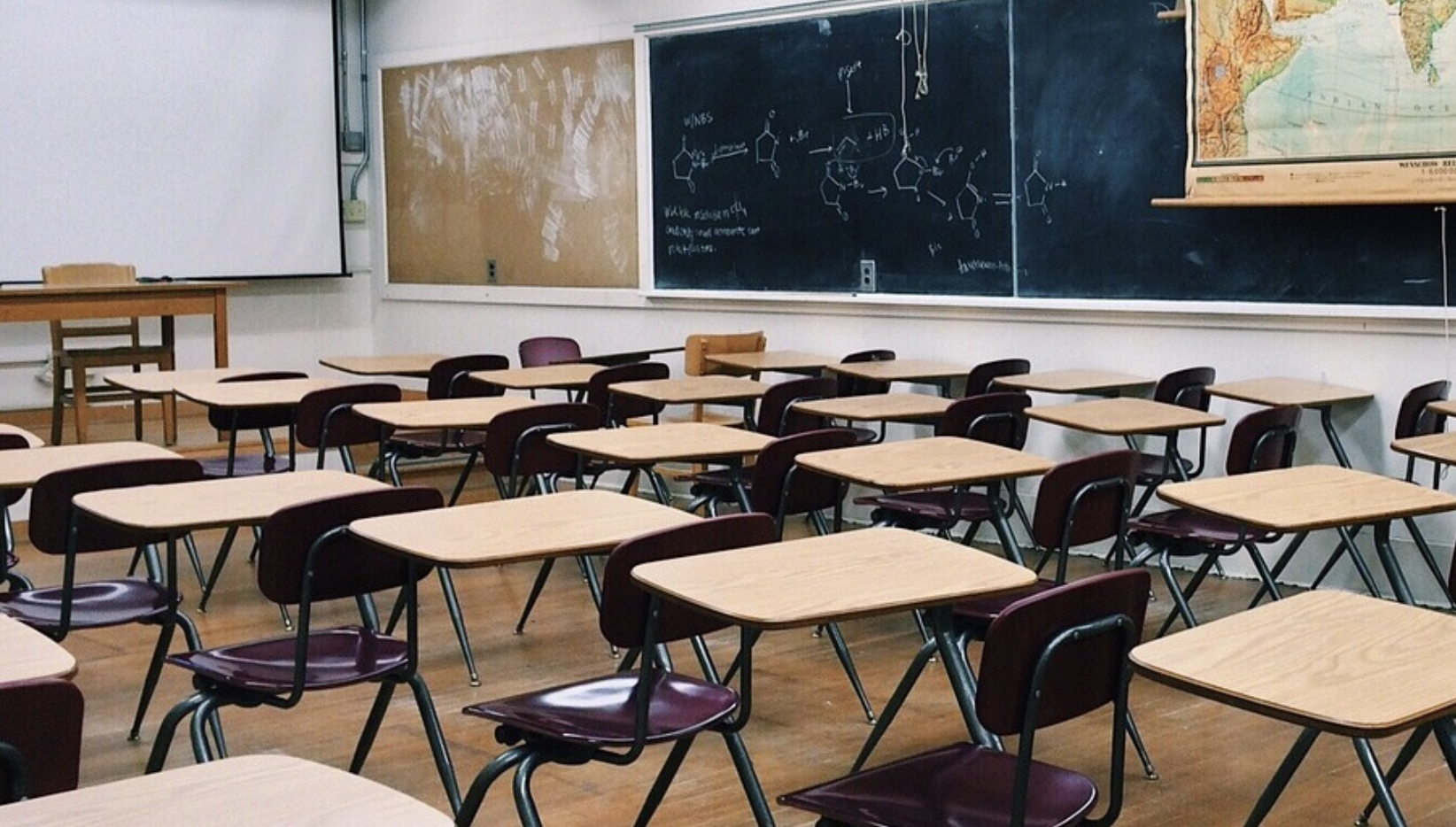