It’s only been a week since the Capitol riot that left 6 people dead, House Democrats and media outlets are questioning whether House Republicans were involved and responsible for the rioting, but won’t entertain the possibility that perhaps some of their colleagues, including Speaker Nancy Pelosi, could have had some involvement.

Activist Ali Alexander has admitted to having organized the ‘Stop the Steal’ rally along with Republican Reps. Andy Biggs, Mo Brooks, and Paul Gosar, and now Democrats want them investigated for instigating the riot, even though it appears that they did not call for violence.

But while Democrats look to blame Republicans for the deadly riot, can Republicans put the blame on Speaker Nancy Pelosi  (D) and Senate Minority Leader Mitch McConnell (R)?

Both Speaker Pelosi and Leader Mitch McConnell asked and accepted the resignations of their respective chamber’s Sergeant at Arms after the complete security failure that occurred on January 6th.

Capitol Police Chief Steven Sund also resigned, but the Sergeants at Arms, who are responsible for the security of the Capitol and protection of members of Congress, ultimately report to both Pelosi and McConnell.

According to one of Speaker Pelosi’s most-trusted allies, Rep. Zoe Lofgren (D) who heads the committed responsible for “Capitol security logistics,” Chief Sund assured her that all security measures were in place.

"We were told it was all in place, it was all a go," she said. "It was just not true. They had not been called,” said Rep. Lofgren.

Lofgren is referring to the refusal of both Sergeants at Arms to secure that the D.C. national guard was standing by if the unit needed to be called in.

But did the buck stop with the Sergeants at Arms, and did they make the final call?

Former  Deputy Assistant Attorney General Richard L. Shiffrin wrote in a memorandum back on April 10, 1995 about deputizing the sergeant as a special Deputy U.S. Marshall, that the House Sergeant at Arms is responsible for  “maintaining order in the House under the direction of the Speaker.”

The House of Representatives has already voted to impeach President Trump. The Articles of Impeachment are expected to arrive this week to the U.S. Senate. 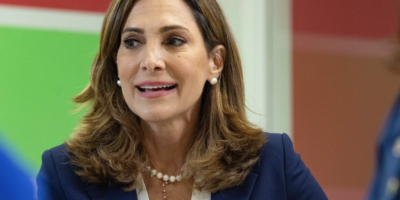