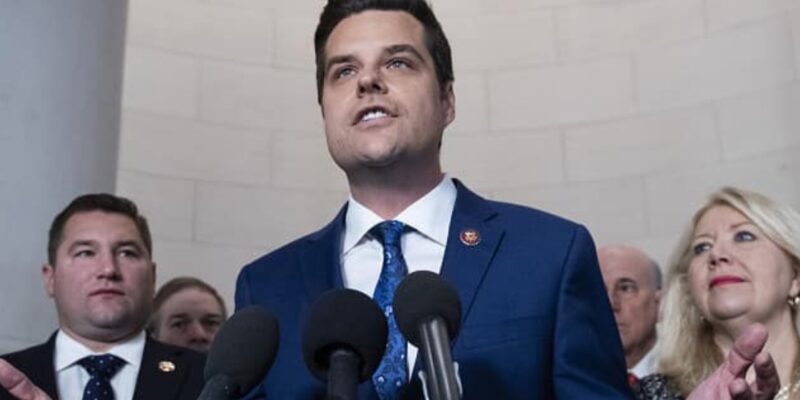 In recent weeks, Republican lawmakers have aimed verbal jabs at Big Tech companies, arguing that they are set on silencing conservative voices on their platforms. After the storming of the Capitol two weeks ago, President Donald Trump (R) was banned across all social media sites after accusations that he had incited the riot that claimed a number of lives.

Subsequently, a number of lawmakers have also faced the threat of being de-platformed and calls of resignation have increased over being accused of taking part in inciting the riot. One lawmaker who’s been criticized for inciting the riot is Florida Rep. Matt Gaetz (R) who shared his thoughts on Justice with Judge Jeannine Pirro regarding the power that Big Tech currently has in the political arena.

Project Veritas, led by James O’Keefe, released a video, obtained through undercover measures, of Twitter CEO Jack Dorsey expressing that Twitter was mainly focused on silencing President Trump’s Twitter account, but he also expressed that the social media company would be expanding its measures to other accounts “beyond inauguration.” Said accounts were not mentioned, but the Sunshine State lawmaker warned that this is a clear example of authoritarian measures being used on the American people.

“The beatings will continue until the WOKEtopia is achieved,” affirmed Gaetz. In reference to Dorsey and his goal for Twitter, “he doesn’t just want to create a platform for people to just share their thoughts. He wants control.”

It's not enough for the left to have control of the government and Big Tech.

Now they want to control ALL media. pic.twitter.com/8saKlyJBZZ

In moving forward, the Congressman questioned what this means for the American people if companies can ban the sitting President of the United States.

“It’s not enough for the left to have control of the government and Big Tech. Now they want to control ALL media,” asserted Gaetz.

Gaetz has remained a staunch supporter of the President, and he has commented that Trump's legacy will be seen in a more positive light in the years to come.

DeSantis looks to protect First Amendment Rights, but Nikki Fried doesn't get it