President Donald Trump appears to have just drawn a line in the sand,  announcing that “any attempt to remove the Trump administration will require force,” adding that he will not “back down from the fight” regarding the fraudulent 2020 election that “so-called President-elect Joe Biden” allegedly won.

“President Trump will not be conceding the 2020 election, nor will he be leaving the White House at any point prior to January 20,” stated Bill Stepien, campaign manager of Donald J. Trump in a press release that has not been verified with the campaign.

We reached out to the campaign to verify the statement, but no response yet.

In addition, the alleged campaign press release stated that it will go on with the president’s inauguration on January 20th, holding the event at the “Winter White House,” President Trump’s residence at Mar-A-Lago in Palm Beach, Florida.

Now we know why Trump refused to say if he would attend Biden’s inauguration, maybe.

Trump is exhausting all of the legal remedies available to him in order to expose the now-verified widespread voter fraud that occurred during the election.

But I can tell you I think a lot of the frustration for folks that supported the president was, you know we were four years with people not accepting him,” stated DeSantis. “I mean Hillary the last week of the election was saying Putin stole it.”

It is hard to believe that it will actually “require force” to remove Trump from the White House, but could he have something else up his sleeve that will give merit to his rhetoric, like a smoking gun that blows up the argument that voter fraud didn’t occur. 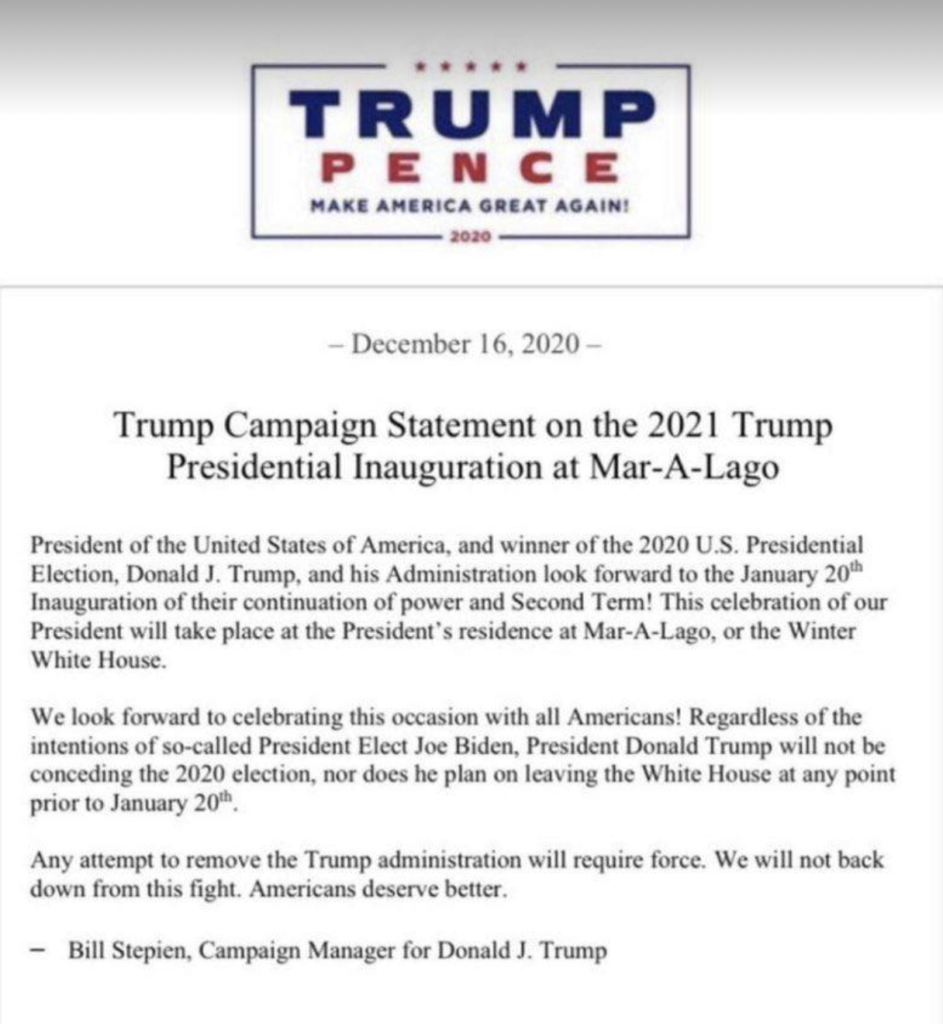 Johnson Throws Down With Peters Over Hunter Biden ‘Russian Disinformation’ 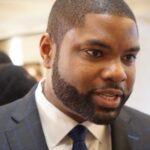