Dark money from questionable PAC’s and political groups continue to pour into the 2020 presidential election, as shadow organizations have reverted to sending out illegal political advertisements that do not properly have a disclaimer identifying who paid for the advertisement.

An anonymous group has just sent a dark money mass mailing out to Republicans and possible Independents accusing President Donald Trump of being a big spender of tax-payer dollars. 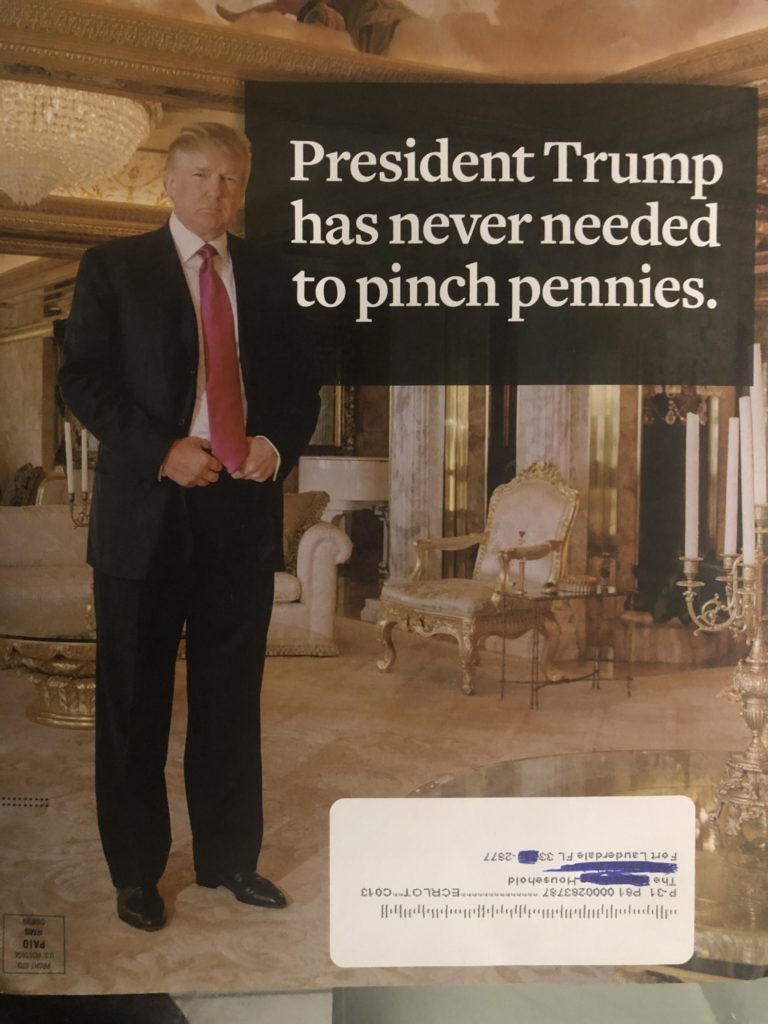 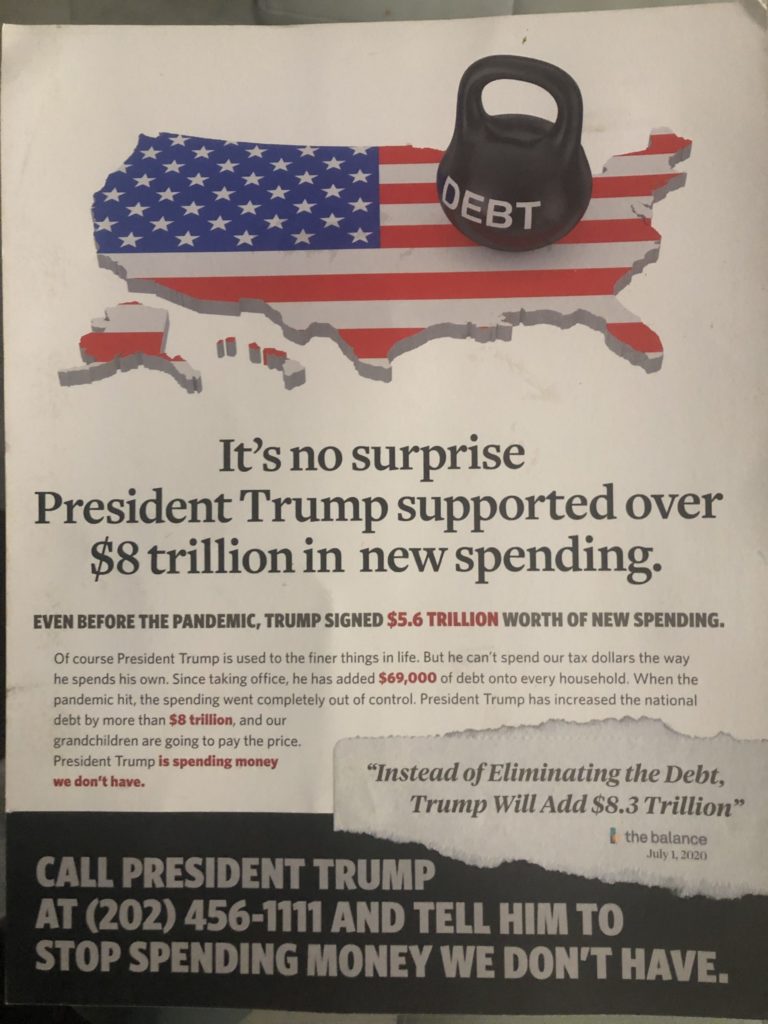 The mailing attacks Trump for increasing the national debt by $8 trillion since he took office, with $5.6 trillion of that allegedly coming before the COVID-19 pandemic.

“Of course President Trump is used to the finer things in life,” states the advertisement. “By the can’t spend our tax dollars the way he spends his own.”

The issue with the mailer isn’t the actual message accusing the president of overspending, but the fact that some group out there, perhaps with foreign ties, could be behind this advertisement.

Florida Senator Marco Rubio (R), Chairman of the Senate Intelligence Committee, recently warned that “the bulk of disinformation attacks prepared by our adversaries were designed for the days before & just after Election Day.”

This mailer, which reads like some 501c4 organization is behind it, could be just the tip of the iceberg.

Here is what the Federal Elections Commission (FEC) says about political communications like this one: