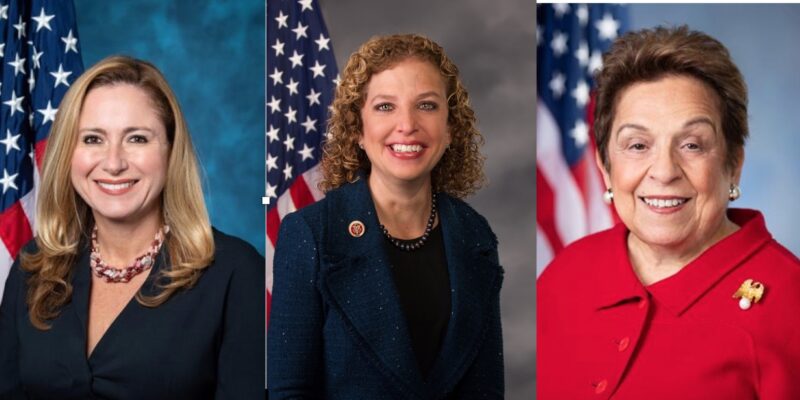 House Democrats are celebrating the 10th anniversary of the Affordable Care Act and outlining how 1000's of Americans have benefitted from the controversial healthcare law that President Barack Obama signed into law back in 2011.

At the same time, these very same proponents of the law are railing against congressional Republicans and President Donald Trump for continued efforts to “repeal and replace” the healthcare law commonly known as “Obamacare.”

During a conference call with reporters, Reps. Debbie Mucarsel-Powell, Donna Shalala, and Debbie Wasserman Schultz, all took turns praising the ACA while in the same breath, called out state and national Republicans that want to scrap the healthcare law.

“It is unconscionable that this administration still wants to repeal the affordable care act,” said Wasserman Schultz

Wasserman Schultz added that “Democrats won’t put more people in danger” like the Trump administration and the DeSantis administration has in Florida, adding that they (Democrats) will “remove that political health hazard” in The White House.

Rep. Debbie Mucarsel-Powell wants the administration to drop the existing lawsuit it filed against the ACA, and reminded reporters that Trump was “using the ACA’s own tools to combat” the current Coronavirus pandemic that has infected 1171 Floridians to date.

In addition, Mucarsel-Powell said that the ACA was the “only tool” available to protect millions of Americans with preexisting conditions.

Fellow freshman Congresswoman Donna Shalala stated that Trump was not only “dangerous to healthcare" but that "he was dangerous to our health.”

But just as Shalala and Reps. Mucarsel-Powell and Wasserman Schultz were praising the ACA, Shalala addressed the need to fix the healthcare law.

"I want to make it more affordable,” said Shalala Rep. Wasserman Schultz has previously said that she also was in favor of fixing the Affordable Care Act.

Shalala also said that she wanted to “reduce out of pocket costs” and that the biggest issue with the ACA was the high “deductibles that make all insurance look like you don’t have insurance.”

Shalala added that “deeper subsidies” from the federal government were needed to “close much of the gap” when it came to the deductibles associated with the ACA health plans.