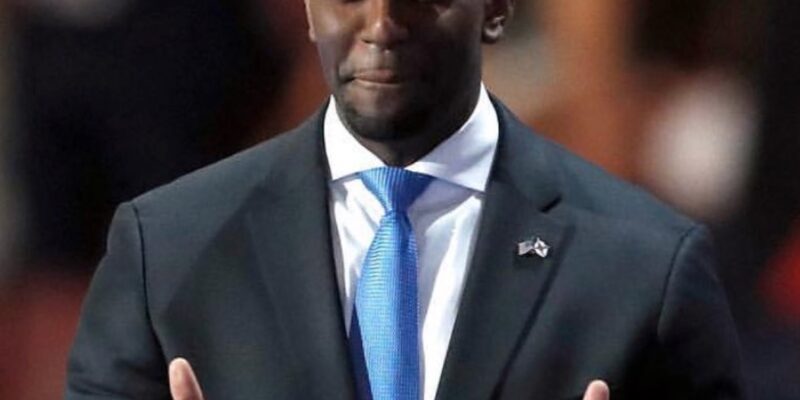 Andrew Gillum’s lawyers have now confirmed that it was him who was lying on the tile floor and apparently “under the influence of an unknown substance” during an apparent overdose at the Mondrian Hotel on Miami Beach,” as we posted here.

According to Alex Spiros, an attorney at Quinn, Emanuel, Urquhart & Sullivan, LLP in New York City, in a cease and desist letter our news outlet received from his firm regarding the overdose incident at the Mondrian Hotel on Miami Beach that involved Gillum, our story was a “violation of Mr. Gillum’s privacy rights” and was “merely an appeal to prurient interests, and serves no legitimate news-related purpose.”

Spiros confirmed it was Gillum by failing to deny the accuracy of the identification as well as acknowledging his client is in rehab for substance abuse problems.

We published the following about the identity of the person depicted:

“The Floridian has obtained a picture (above) of a sleeping or unconscious naked black man that eerily resembles Andrew Gillum and is lying on a towel that looks as if it was vomited on.”

First of all, it appears as if every news outlet reported on Mr. Gillum’s inebriated state (Just Google Andrew Gillum overdose), and Gillum himself admitted that he was in the hotel room and was drunk. Gillum also stated that he would be seeking help for his drinking problem.

How is anything related to the drug overdose involving Gillum not newsworthy?

Again, Spiros confirmed it was Gillum by failing to deny the accuracy of the identification as well as acknowledging his client is in rehab for substance abuse problems.

Mr. Spiros appears to be pinning this all on the Coronavirus pandemic, stating that our publishing of a picture of a naked man was a “blatant attempt to damage” Gillum’s reputation of a “devoted public servant seeking treatment in the midst of a national emergency and global health crisis.”

We think you can agree that Gillum ruined his reputation the minute he decided to enter that hotel room and that his attorney’s attempt bolster his argument by invoking the deadly Coronavirus pandemic is nothing less than shameful.

“To be clear, the public has no legitimate interest in any such photo, and its release appears to be based not on a desire to shed light on an important public event, but rather to appeal to the prurient interests of certain members of the public. Moreover, this blatant attempt to damage the reputation of a devoted public servant seeking treatment in the midst of a national emergency and global health crisis is appalling and demonstrates an utter disregard for decency and the privacy rights of Mr. Gillum and his family. The Article is a violation of Mr. Gillum’s rights to privacy and must be promptly removed.”

Per our attorney, we complied with the cease and desist letter out of respect and sympathy for his wife and children and any other family members humiliated by his actions.

We swapped the picture out.