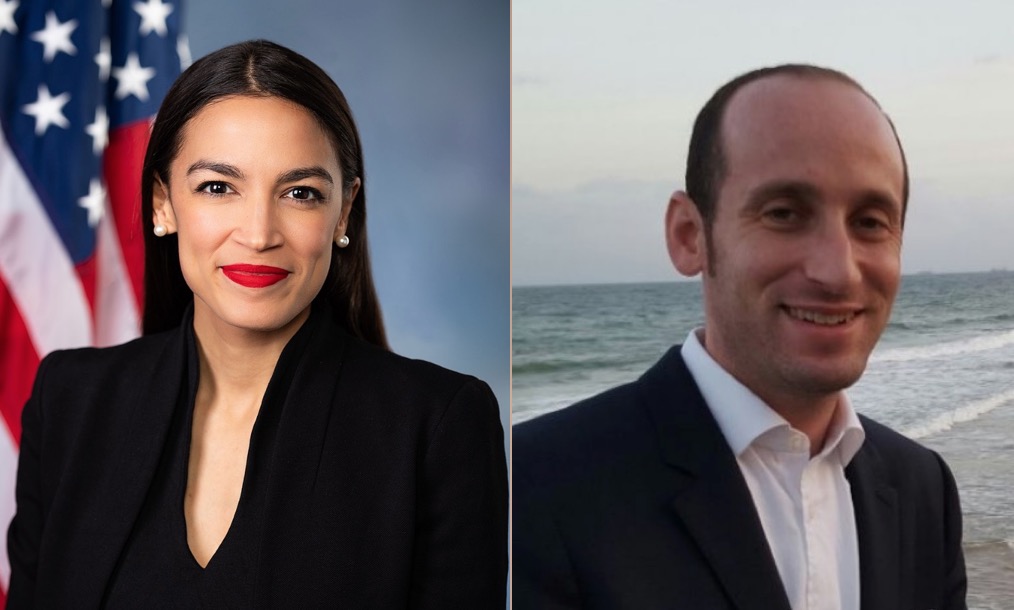 “Stephen Miller is a no joke, die-hard white nationalist,” said Ocasio-Cortez “This is what our policy has become.”

Miller denounced those racist and Nazi allegations made against him calling the preposterous because  he was Jewish, but Rep. Ocasio-Cortez dismissed Miller’s remarks, saying “that’s also the way he has weaponized his identity.”

But when Ocasio-Cortez said that “the color of your skin and the identity you are born with does not absolve you of moral wrong,” was she also talking to the millions of Black Americans than use the morally wrong use of the N-word on a regular basis?

Ocasio-Cortez continued to make her case but appears to show hypocrisy by saying that she was “not here” to, or has ever “weaponized” her identity. In fact, Ocasio-Cortez said it all here and then finished her statement by injected Spanish language to presumably emphasize her identity as a Spanish-speaking Hispanic woman to make her point or “punto” against Miller.

“The perfect person. The perfect-looking person to advance horrifically inhumane immigration policy would someone who looks like me, or someone that looks like someone in this audience. Because that’s what provides the cover for these incredibly damaging and dangerous policies, so I’m not here to weaponized my identity, and I don’t think any public servant should weaponize their identity in order to advance white nationalism ideas. Period, Punto. I don’t care who you are.”

AOC once stated that Hispanics were descendants form Native Americans.

“Because we are standing on Native land, and Latino people are descendants of Native people. And we cannot be told and criminalized simply for our identity and our status,” she said.

Last time we checked, Spain and Portugal had a whole lot to do with where Hispanics or Latinos came from.