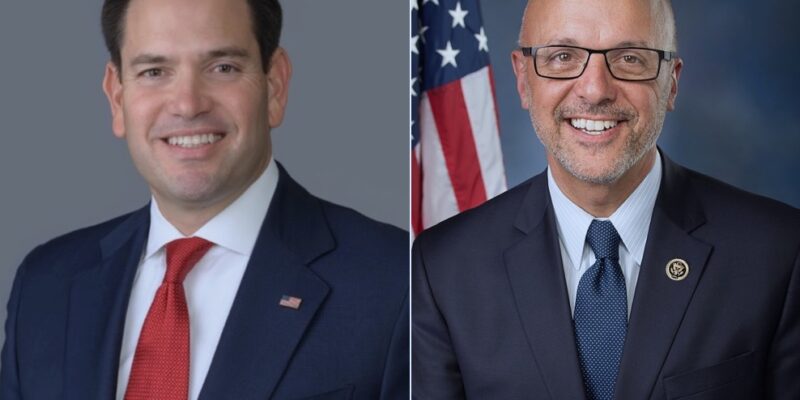 Early this week, Rep. Deutch challenged Sen. Rubio to tell Americans where he stood on impeaching President Trump after the transcript of the Trump/Zelensky phone call was released.

Deutch was prompted to challenge Rubio after the junior senator stated that impeachment was “deeply divisive & disruptive.”

Now Deutch is following up with his initial tweet by asking Rubio if he attended the Senate Intel Committee hearing, what his “thoughts on the whistleblower complaint” were, and if he had a “reaction to the Acting DNI’s testimony.”

Rubio has yet to acknowledge Deutch’s “trolling” of him on Twitter, but did tweet the following about the job he is tasked to do in the Select Intelligence Committee:

“We on Senate Intel have been given an important task, a task I intend to complete. No rush to judgment or circling of wagons. Avoid hysteria, red herrings & straw men Don’t reach conclusion first & then seek out facts that support it Learn the facts BEFORE forming opinions”

We on Senate Intel have been given an important task, a task I intend to complete

No rush to judgment or circling of wagons

Learn the facts BEFORE forming opinions

Why is Deutch going after Rubio?

Could it be a political move by Deutch?

Because Rubio is likely not to run (he may still) for reelection to the U.S. Senate in 2022, Deutch could be trying to position himself as the logical choice for Floridians, if he decides to announce a run against Rubio or an open senate seat.

Deutch has been mulling over running run against Rubio or his likely open senate seat in 2022, having even had a discussion confirming the planned run with a former Florida Democratic state legislator.

But now that Democrats are in control of the House of Representatives, and Deutch’s congressional stock as risen in that chamber of Congress, will the senior congressman from Boca Raton, Florida risk this position in the House?

Do you have an update for us @marcorubio?

Did you attend the Senate Intel Committee hearing?

Any thoughts on the whistleblower complaint?