Kids are back in school across the country, but according to The Center on Budget and Policy Priorities, the public schools’ children are going back to have endured record state-level spending cuts

According to Wasserman Schultz:

“These cuts compound the widespread cuts in general state funding for schools over the same period, which have resulted in lower teacher salaries and older textbooks, among other problems, and have left students with more crowded classrooms often taught by under-qualified teachers who lack the resources needed to succeed.

States overall spend $46 billion a year less than they should building and repairing K-12 schools to provide healthy, safe, modern facilities, according to a 2016 report from the 21st Century School Fund, National Council on School Facilities, and U.S. Green Building Council.”-CBBP

According to this CBBP graph, most of the cuts to Florida’s education came under Republican Gov. Rick Scott. 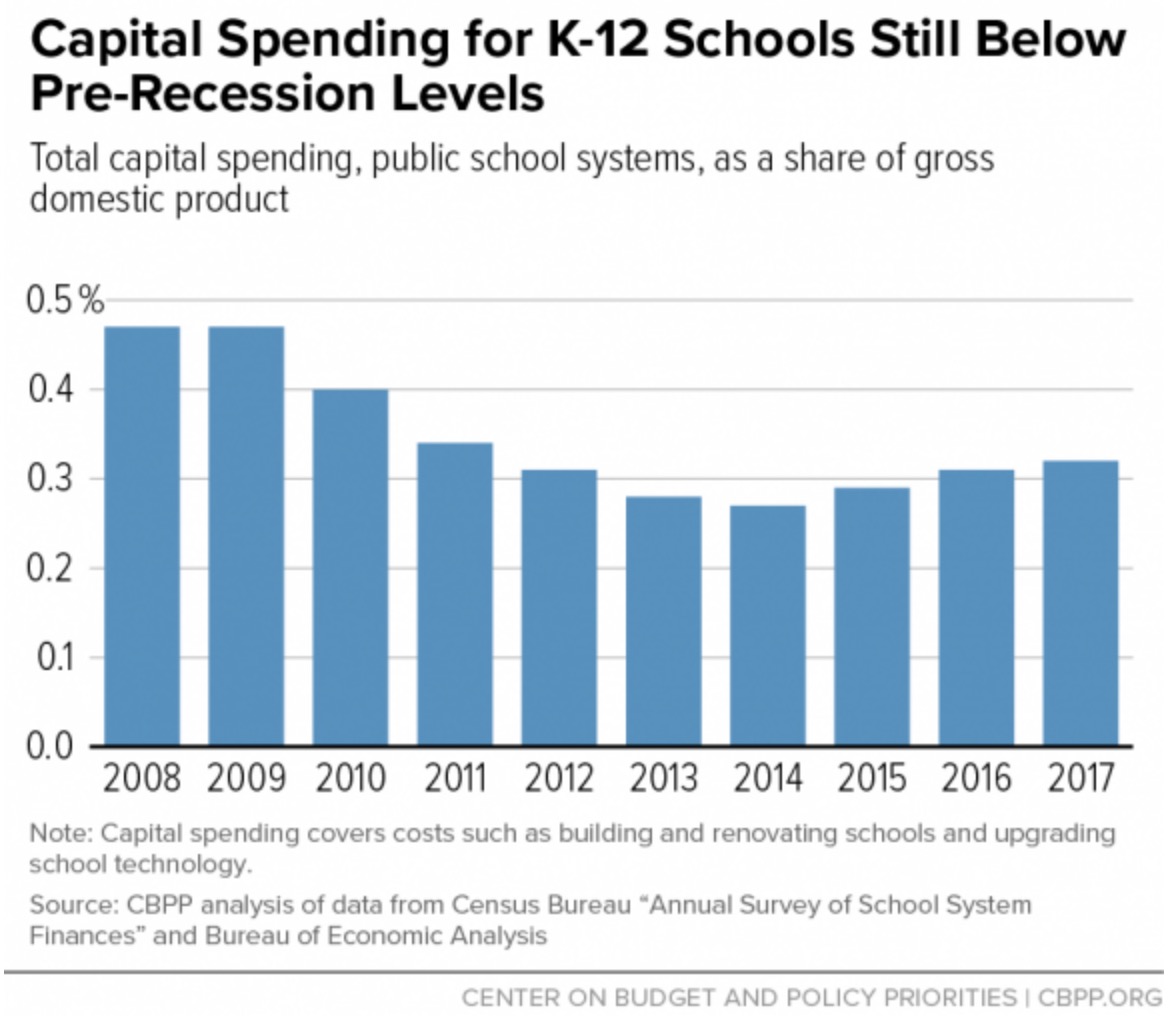