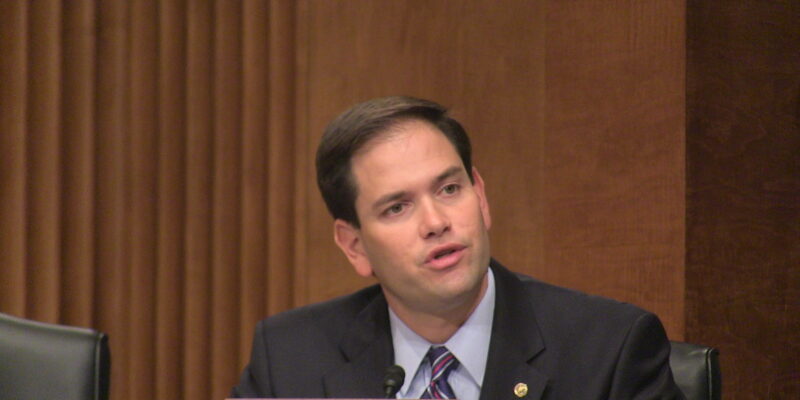 When Senate Democrats and 2020 presidential candidates Kamala Harris, Bernie Sanders, and Elizabeth Warren, first stated that they would push for more justices to be added to the U.S. Supreme Court, Sen. Rubio vowed to file legislation to preserve the existing make-up of the high court.

Rubio made good on his promise and filed legislation that would keep the number of justices on the court at nine, now he is needs help pushing his measure through.

Democrats want to add at least two more justices because they feel it would balance out the court, possibly in their favor.

Rubio contends that Democrats have reverted to ‘moving the goal posts’ because they cannot effect their change at the ballot box on election day.

Now Rubio has penned  a letter to his senate colleagues, urging them to cosponsor his constitutional amendment (S.J. Res. 14) to preserve the Supreme Court.

“Unfortunately, a vocal and increasingly influential progressive minority wants to add seats to the Supreme Court with the explicit goal of ensuring an enduring liberal majority on the Court, said Rubio “According to the New York Times, least ten candidates running for the Democratic nomination for president have embraced court packing.”

“The left's court packing proposal represents the latest shortsighted effort to undermine America's confidence in our institutions and our democracy.”- Sen. Marco Rubio.