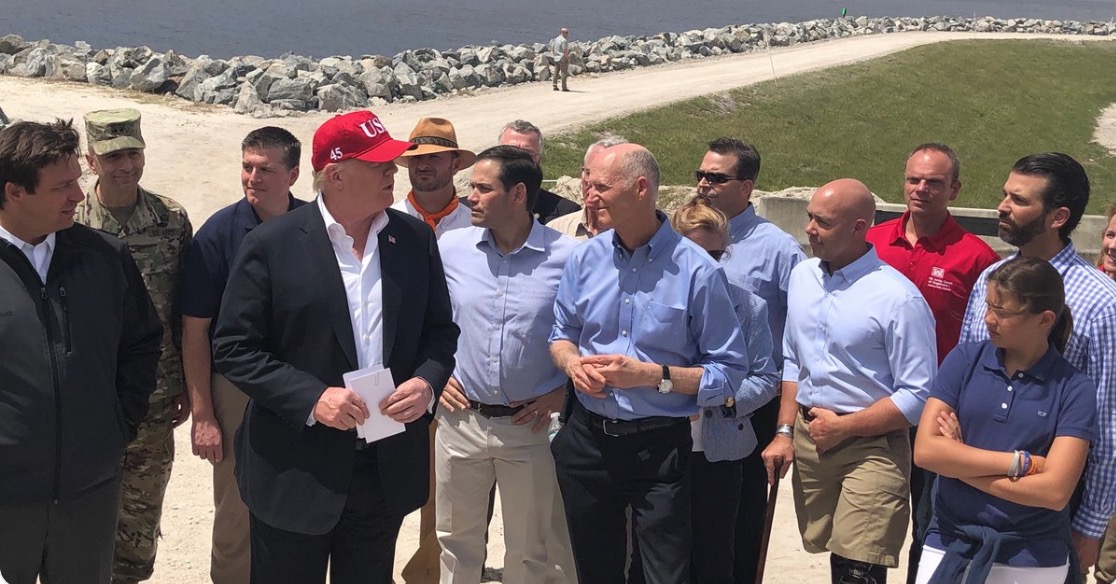 Trump says he’s “not playing games,” will shut down border

While standing with Florida Gov. Ron DeSantis, Sens. Marco Rubio and Rick Scott, as well as Reps. Francis Rooney, Greg Steube, Mario Diaz-Balart and Brian Mast, to announce that $200 million more in federal funding is needed and delivered to restore the everglades to what they once were, President Donald Trump also stated that he would be shutting down the southern U.S. border to Mexico next week.

Trump tweeted earlier in the day that if the Mexican government does not stop the flow of illegal immigrants coming though the country, he would close down the border next week.”

“If Mexico doesn’t immediately stop ALL illegal immigration coming into the United States throug (sic) our Southern Border, I will be CLOSING the Border, or large sections of the Border, next week.”

When asked by reporters about the border issue, Trump pointed out that Mexico has the financing and muscle to stop the influx illegal immigrants into the U.S. because they have the “strongest immigration laws anywhere in the world.”

“Mexico is making an absolute fortune with the United States, they have a trade surplus of over $100 billion dollars …they have the strongest immigration laws anywhere in the world, and we have the weakest, the most pathetic laws.

Mexico’s tough. They can stop them, but they chose not to. Now they are going to stop them. And if they don’t stop them, we’re closing the border, close it. We’ll keep it closed for a long time. I’m not playing games.

Mexico has to stop it.”

Trump called out the governments of Nicaragua, El Salvador, Honduras, Mexico, and Colombia for doing “nothing” to help the U.S.