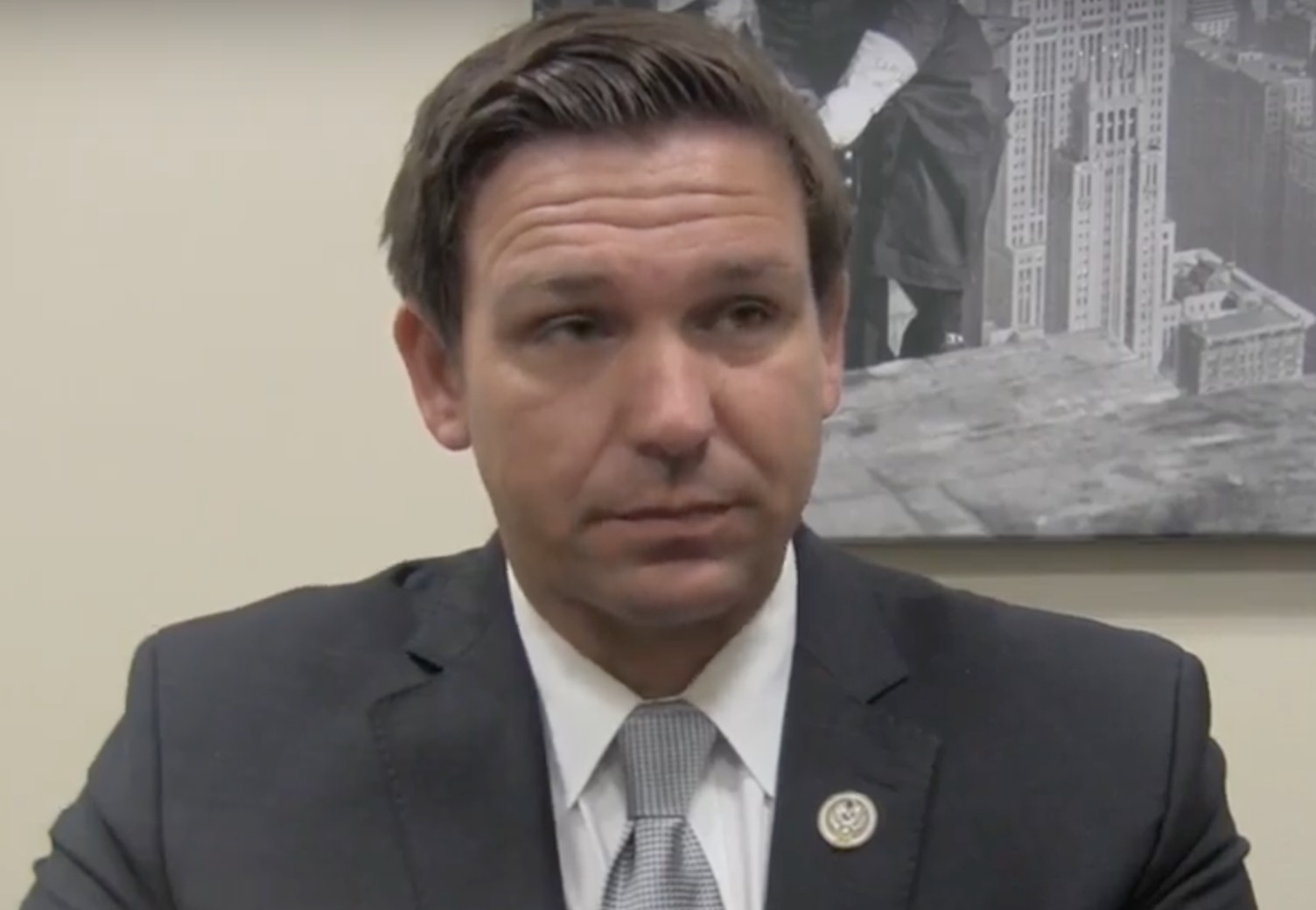 TALLAHASSEE — Gov. Ron DeSantis is pushing more Florida sheriffs to cooperate with the federal government to keep potentially deportable criminals behind bars until they’re handed off to immigration agents.

Following the governor’s lead, the state Senate is moving forward with a proposal that would require state and local law-enforcement agencies to “use best efforts to support the enforcement of federal immigration law.”

A Florida sheriff, who’s emerged as a national law-enforcement leader on immigration, is encouraging his county colleagues to adopt a newly hatched program that’s inexpensive, requires just hours of training and would satisfy the governor’s and Legislature’s goals.

The Senate measure (SB 168), which has become known as the sanctuary-city bill, is aimed at forcing local officials to honor requests from the federal government, known as “immigration detainers,” that ask law enforcement agencies to hold people believed to be “a removable alien under federal immigration law.”

The detainers, which have sparked legal challenges throughout the country, allow local officials to keep people for up to 48 hours after they would have otherwise been released. Critics maintain the detainers are unreliable and have resulted in the near-deportation of natural-born citizens.

Thirty-seven of the state’s 67 sheriffs currently have some sort of agreement with U.S. Immigration and Customs Enforcement, or ICE, that allows the local officials to keep locked up individuals who may be eligible for deportation until ICE agents can pick the people up or until they can be transported to federal immigration detention facilities.

Late last month, DeSantis, who campaigned on a hard-line immigration stance, urged the state’s sheriffs to join a handful of their colleagues participating in the “287(g) program,” named after a section in a federal immigration law, that allows them to train and authorize personnel to identify and process undocumented immigrants.

Civil rights and immigration advocates have widely criticized the 287(g) program, contending it can lead to racial profiling and dissuade immigrants from reporting crimes.

Authorities in Clay, Collier, Hernando and Pasco counties and the city of Jacksonville are participating in the program, which requires local law enforcement agents to complete two months of training from federal officials in South Carolina, according to Pinellas County Sheriff Bob Gualtieri.

Under the 287(g) program in Florida, local law enforcement agents are deputized to work as federal immigration officials, but the program is restricted to county jails.

Because of the extensive training involved, ICE does not have the resources to expand the 287(g) program statewide, said Gualtieri, who’s taken a lead role on immigration for the National Sheriffs’ Association and the Major County Sheriffs of America over the past few years.

Gualtieri, a lawyer, is encouraging sheriffs to consider other, less burdensome options to bolster the state’s cooperation with ICE.

For example, under the newly hatched “Warrant Service Officer” initiative, deputies or county jail workers can get four hours of ICE training without ever leaving their own facilities, the sheriff said.

The program allows county employees to process the federal detainer warrants required for undocumented immigrants to be held for up to 48 hours.

Gualtieri said he expects the sheriffs’ association to roll out the warrant service officer initiative, already in use in a handful of areas, sometime this month.

“It’s painless. It’s lawful. And it facilitates keeping criminal illegals where they belong, and that is in custody,” he said. “In my opinion, there’s no reason for somebody not to do it.”

Gualtieri was also the architect of the “Basic Ordering Agreement” program launched early last year, in which 29 Florida counties now participate. Under the agreements, ICE pays the local governments $50 to house inmates for up to 48 hours.

According to a press release issued by ICE officials in January 2018, the basic ordering agreements “clarify that aliens held by these jurisdictions are held under the color of federal authority, thereby affording local law enforcement liability protection from potential litigation as a result of faithfully executing their public safety duties.”

The basic ordering agreement “has nothing, nothing to do with deputy sheriffs or police officers enforcing immigration law on the street,” Gualtieri said.

But in December, the American Civil Liberties Union, the Southern Poverty Law Center and others filed a federal lawsuit challenging Monroe County Sheriff Rick Ramsey’s use of a basic ordering agreement to detain a man who was born in Philadelphia.

The civil rights lawyers argue that immigration detainers are an unconstitutional violation of Fourteenth Amendment protections against unlawful searches and seizures.

While he wasn’t familiar with Gualtieri’s latest plan, ACLU lawyer Amien Kacou, one of the attorneys in the Monroe County case, told the News Service that, as with basic ordering agreements, nothing in federal law gives local law enforcement officials the authority to handle immigration warrants.

“They’re just pretending that the presence of that administrative warrant adds due process to the process, or that somehow it makes it more legit, which it does not,” Kacou said.

DeSantis’ push for more local law enforcement officials to partner with the federal government isn’t restricted to the 287(g) program, his office said when asked about the other initiatives.

“The governor encourages Florida sheriffs and local law enforcement to increase their coordination and cooperation with federal authorities through all programs available for the enforcement of immigration law,” his press office said in an email.

Immigration detainers can be requested for people who have been convicted of crimes, have served their sentences and are due to be released from prison or jail.

Sen. Joe Gruters, a Sarasota Republican who does double duty as the chairman of the Republican Party of Florida and who is sponsoring the so-called sanctuary city ban, told the News Service on Monday that his bill is focused solely on undocumented immigrants who have committed crimes.

“Illegal aliens are already breaking the law, but I am not worried about that part. This is not an immigration fix, and it’s not about immigration policies. This is about criminal illegal aliens, people who are doing bad things in our communities. Listen, people who are doing violent crimes are more likely to commit crimes again,” said Gruters, whose proposal will be vetted by a key Senate committee Tuesday.

But the detainers can also be sought for individuals who have been charged with crimes, have paid bail or bond, but have never been convicted, or those who are being released from custody because the charges have been dropped.

“The dishonesty of this entire scheme, from the BOA to SB 168, includes this conflation of ‘criminals’ and undocumented immigrants, when the reality is that the function of a detainer is not limited to making sure that people who were convicted of a crime are essentially transferred to ICE,” he said.