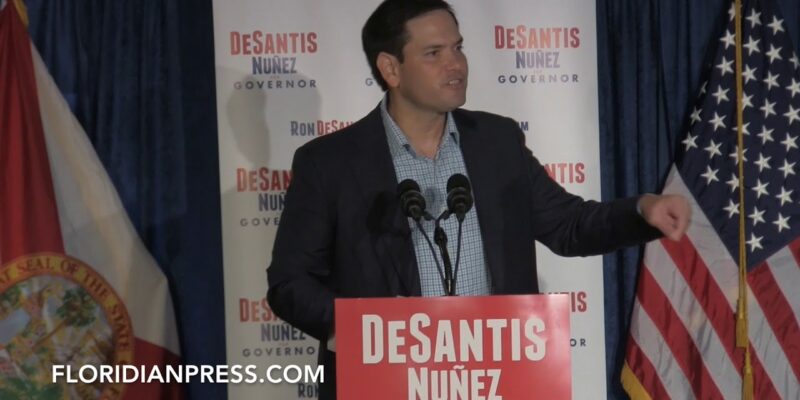 The gloves and the big guns are coming out for the respective gubernatorial nominees in the 2018 Florida midterm elections.

Senator Marco Rubio (R) was campaigning in his hometown of West Miami with Ron DeSantis and the Cuban community's "nuestra" (our own) Lieutenant Gubernatorial pick, Jeanette Nunez.

During his address to the 300 or so mostly Latino group that came together at the Rebecca Sosa Community Center, Rubio had some harsh critiques of Democratic gubernatorial nominee Andrew Gillum.

“He was a disaster of mayor of Tallahassee. He was a complete disaster,” said Rubio, who then stated that he “witness” Gillum disasterous term as governor.

Rubio accused Gillum of “total incompetence” after he allegedly stood in the way of clean-up and recovery crews shortly after Hurricane Ermine swept through Tallahassee in 2016.

"I witnessed it first hand. He stood in the way of crews coming in to restore power, because they weren’t members of the right union or something.

Total incompetence. We cannot have someone like that running the third largest state in the country.”