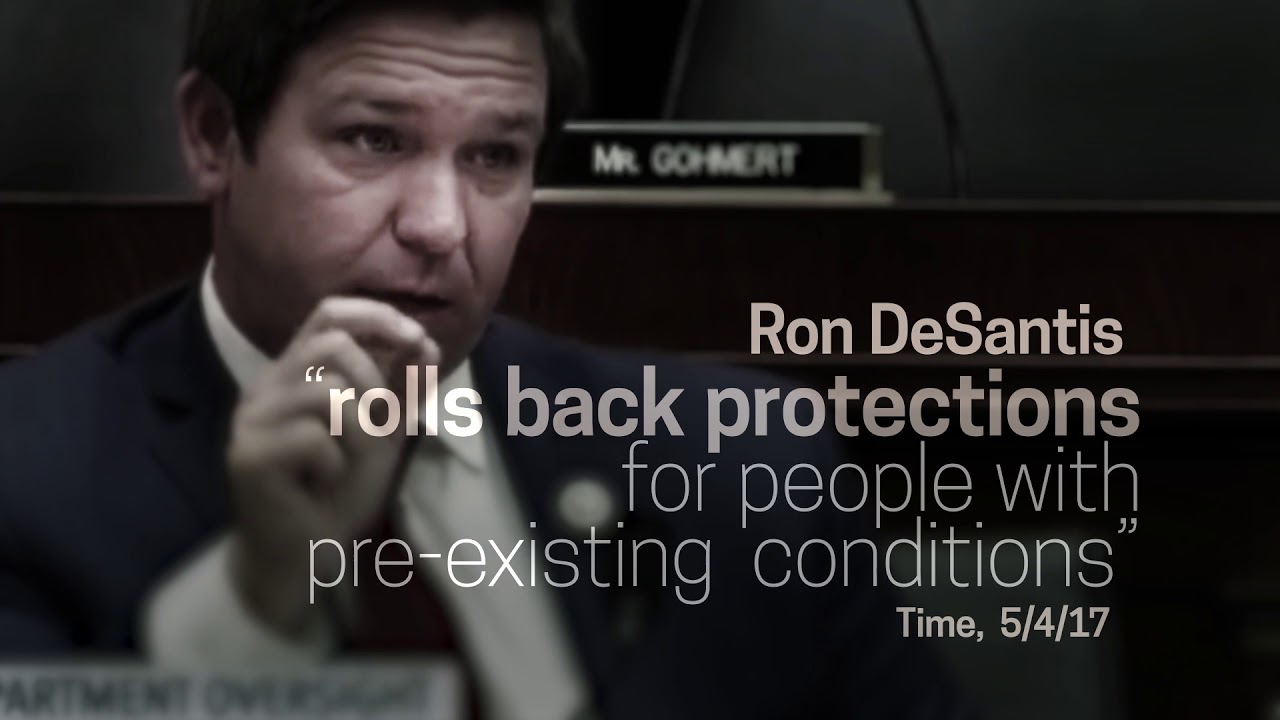 A new 30-second advertisement titled Everybody, released by the Florida Democratic Party, attacks Congressman Ron DeSantis, arguing that he supports insurance companies denying coverage to people that have pre-existing conditions, which includes cancer.

The advertisement is a supportive measure as Tallahassee Mayor Andrew Gillum starts to highlight health care issues in his campaign.

Joshua Karp, Mayor Gillum’s spokesperson, commented on the advertisement in a news release, saying that “Congressman Ron DeSantis cannot run from his extreme agenda and the six years he spent in Washington trying to take healthcare away from Floridians. He’s proven he’ll always put rich, corporate interests ahead of what’s best for Florida families. Andrew Gillum will always fight for what’s best for Florida, including expanding Medicaid to 800,000 people and protecting those with preexisting protections. The choice in this election is clear — Andrew Gillum will always stand up for everyday Floridians.”

In the advertisement, the narrator concludes by asking viewers, How can DeSantis lead Florida when he leaves Floridians behind?”

Congressman DeSantis and his team have not responded to the advertisement, but DeSantis has commented that he believes Gillum and his policies will be rejected by Floridians.