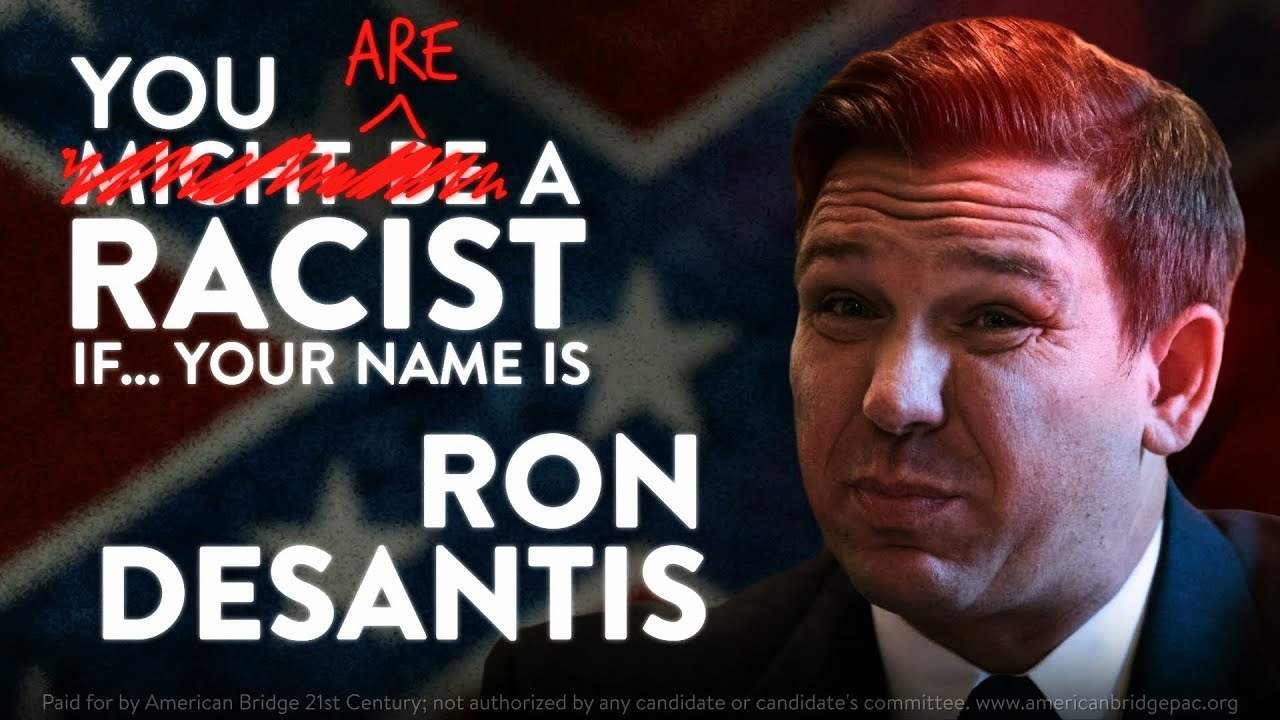 American Bridge, a liberal activist group, has just released a new advertisement slamming Congressman Ron DeSantis. In it, they argue that “You might be a racist … if your name is Ron DeSantis.”

In the 45-second advertisement, the group cites Congressman DeSantis’ controversial comment after referring to Tallahassee Mayor Andrew Gillum becoming Governor of Florida, and the advertisement goes on to tie the Congressman to other racist people and events.

Since being attacked for speaking at the events, Congressman DeSantis has downplayed the criticism as an attempt to smear his character.

Referring to the matter, Congressman DeSantis added that “what the Washington Post is trying to do — they don’t have the goods on me. So they’re trying to do some type of smear by association. And that is just unacceptable.”

As it currently stands, Tallahassee Mayor Andrew Gillum is leading Congressman Ron DeSantis in the polls. Gillum is up 47 and DeSantis stands at 43 in every major media market poll except Jacksonville.

In addition, Democrats have been surging when it comes to fundraising as well.