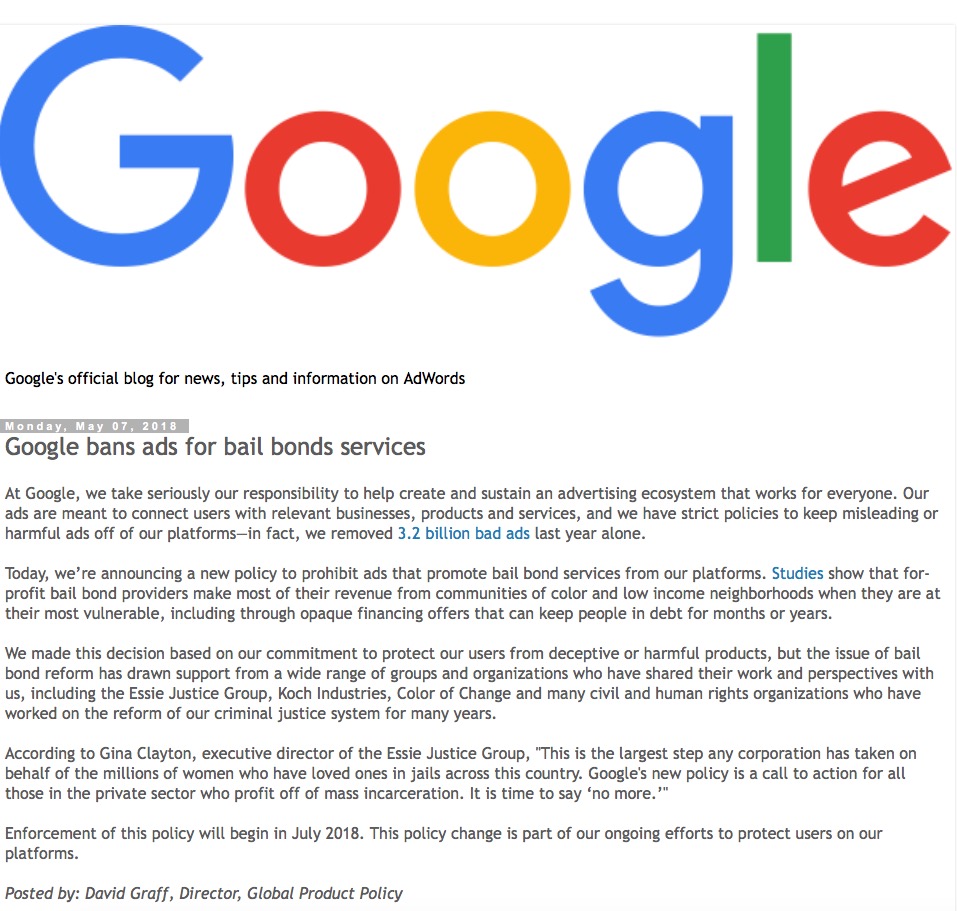 Facebook and Google have been under fire lately for targeting content and suppressing it. Proponents of free speech have poured out in protest against many social media sites, and spokespeople have come out in response to the criticism.

Now, new accusations have been leveled against Google over the search engine banning ads for bail bonds services.

In reaction to the accusations, the search engine have released a response, citing that their action to do so is because it disproportionately targets communities of color.

In the statement, David Graff, Google’s Director, detailed that “studies show that for-profit bail bonds providers make most of their revenue from communities of color and low income neighborhoods when they are at their most vulnerable, including through opaque financing offers that can keep people in debt for months or years.”

Because of this, Google has made their decision to ban ads of bail bonds services “to protect our users from deceptive or harmful products.” They also cite bail bond reform support from several groups including Koch Industries, the Essie Justice Group, Color of Change and other human rights and civil justice groups.

The policy takes effect July 2018, and Gina Clayton, the Essie Justice Group’s executive director, praised the move by calling it “the largest step any corporation has taken on behalf of the millions of women who have loved ones in jails across this country. Google’s new policy is a call to action for all those in the private sector who profit off mass incarceration. It is time to say ‘no more.'”