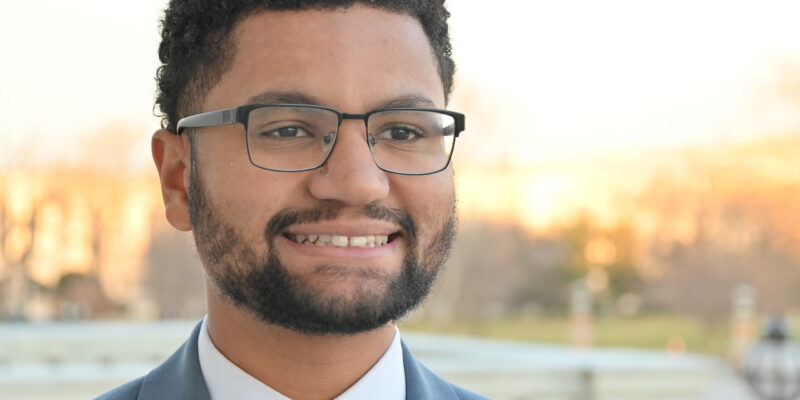 WASHINGTON—Newly sworn-in Florida Rep. Maxwell Frost (D) has already made waves since being elected to U.S. Congress. As a freshman congressman, Frost is now signaling his priorities in Congress while sharing his disappointments with House Republicans.

In an exclusive interview with The Floridian Publisher Javier Manjarres, Rep. Frost criticized Republicans for “virtue signaling” in office.

This week, House Republicans are praising their effort of striking down funding for the Internal Revenue Service. In a vote that saw Republicans overwhelmingly rejecting the effort while Democrats supported the funding, Republicans blocked the IRS from receiving the appropriate to enlist 87,000 more employees.

Republicans argued that this funding would only lead to the IRS antagonizing more Americans.

However, while Republicans see themselves as protecting Americans from government overreach, Frost argues that this is nothing more than a ploy to “virtue signal” ahead of the 2024 election.

When asked about what Republicans holding the majority means to him as a freshman congressman, the answer was simple.

“It shows me that I’m interested in governing," he said.

Speaking of what Republicans will do while in office, Frost said that nothing will get done because "there’s going to be a lot of virtue signaling."

"The IRS thing that they’re pounding their chest on is not going to pass the Senate. It’s not going to happen. It’s a virtue signal thing. It’s getting ready for the next election unfortunately, but that’s what the next year is going to be about," Frost explained.

He added that Republicans are only doing this to rally “up their base for the next election. They’re not interested in actually governing."

Frost emphasized that he's focused on fixing issues such as the affordable housing crisis and addressing gun violence.

“Gun violence shouldn’t be partisan, but let’s put aside all the partisan issues – housing, clean pipes for clean water, helping small businesses. I don’t think we’re going to see this body do anything because of the Republican majority," Frost warned.

Frost will co-chair the Gun Violence Prevention Task Force in the House of Representatives along side fellow freshman Rep. Jared Moskowitz (D)