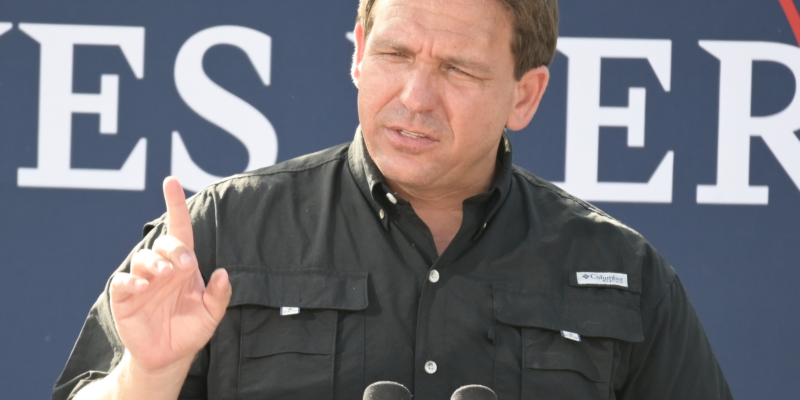 With the border crisis continuing unabated and the Chinese Communist Party (CCP) continuing to buy American land, the Biden administration does not appear to be acting. As such, Florida Governor Ron DeSantis (R) is taking matters into his own hands. In a Wednesday night appearance on Fox News' "Tucker Carlson Tonight,"  Gov. DeSantis describes his activation of the Florida National Guard and cooperation with the Coast Guard in intercepting boats from Cuba and Haiti.

Additionally, he tells of his efforts in halting Chinese purchases of American farmland.

Tucker begins by asking for details on how DeSantis is using the National Guard in conjunction with the Coast Guard. "So they've been heavy in this ever since we activated over the last week to ten days," says DeSantis.

DeSantis spares no expense to criticize the lack of support from the Biden administration as he tells Tucker that "basically, Biden is leaving the Coast Guard out to dry."

Specifically, DeSantis describes Biden as "not sending any more vessels, any more support. They don't have enough to intercept all the boats that are trying to come, primarily from Cuba, but also from Haiti."

To make up for this, DeSantis says the Florida National Guard is "out there in the Florida Straits," spotting, marking, and alerting vessels for the Coast Guard to intercept.

More insidiously, DeSantis suspects "some of this is absolutely being orchestrated by the Cuban government. We think that there's a lot of human smuggling going on, so not only is this not good for the Florida Keys to have people dumped on their property, some of these people that are on these boats are being mistreated," he says.

Thankfully, this proactive approach is "working as a deterrent," as DeSantis notes a decline in both vessels in Florida waters and landings on shore. "But it's our sense that they're going to start trying to change their tactics, so we're going to be watching, and we're going to be responding in kind," he adds.

The discussion then pivots to the Chinese and how DeSantis is seeking to stop them.

"We want no CCP land purchases. And obviously they're not going to do it directly, they'll have shell companies, so we're going to have to have a system in place to scrutinize this," says DeSantis.

He asks aloud for what purpose China would be buying so much American land, especially so close to assets such as infrastructure and military bases, in the span of ten years. As such, "we're looking for a flat ban. We're going to work with the Florida Legislature to get that done," DeSantis states.

Moreover, he criticizes foreign policy towards China as "American policymakers for a generation have been empowering the CCP. They said it would end up working out, China would become a democracy." Despite these efforts, China "is a very serious threat to our country. Why would we want them to have even more influence over American society than they already do?"

Finally, Tucker asks if other State governors would have any difficulty in replicating what DeSantis is doing.

It is here that he really lays it into the Biden administration, as he describes his efforts as "stepping in for the federal government's failings."