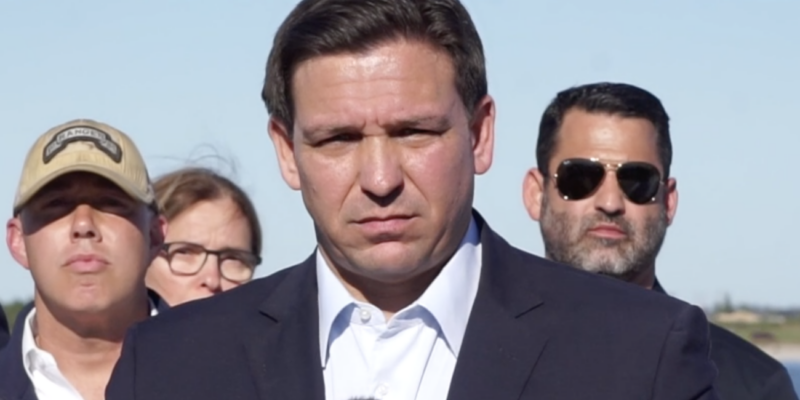 Florida Governor Ron DeSantis (R) took to the podium today to share his recent $100 million award to the Florida counties affected by Hurricane Ian. In his press conference, he stated, “We are awarding that $100 million to restore the sand on Florida beaches and to restore projects in 16 different counties across the state of Florida.”

Volusia County, which acted as host to Gov. DeSantis at the time of the speech, is to receive $37.6 million. Lee County, located in South Florida, is to receive $26 million. The Florida Governor went on to list several other Florida counties that will receive amounts ranging from $3.2 million to $23 million, respectively. He went on to claim that Florida’s budget reserves were a large factor in the timely response to Hurricane Ian.

Briefly shifting gears, DeSantis discussed the bipartisan issue of taxes in relation to parenting. He stated, “We’re going to do more tax relief in the upcoming legislative session.” Harkening back to a fall statement, he made strong claims in which he stated, “We’re going to make […] raising kids tax-free.” Included in this future legislation are diapers, wipes, children’s clothes, strollers, and cribs.

Politicians like Florida State Senator Lauren Book (D) have been calling for the removal of state tax on essentials like diapers for some time. Sen Book stated, “People are having to make decisions about putting food on the table, gas in the car, and paying for medications. They shouldn’t have to be also rationing diapers.”

When questioned about President Joe Biden's (D) recently unearthed documents, DeSantis had this to say, "Now you find out he had them stashed behind his Corvette." He concluded by categorizing Pres. Biden's recent controversy as a "security risk".

DeSantis ended his press conference by thanking his administration and a revised legislature which comes after the recently redrawn redistricting maps.