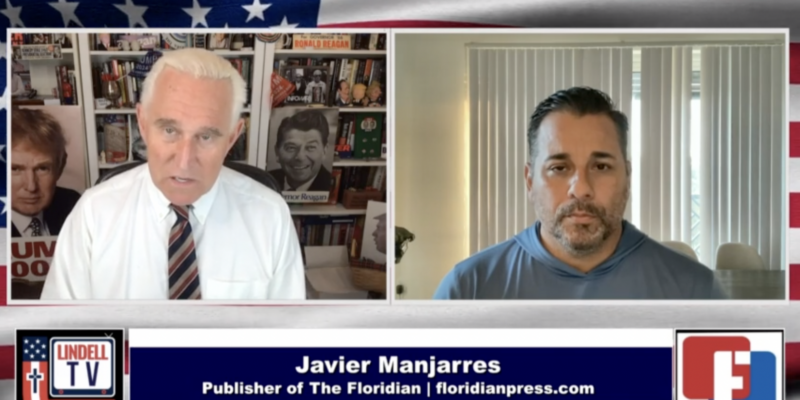 During an appearance on the StoneZone podcast hosted by veteran Republican political strategist Roger Stone, Javier Manjarrés, publisher of The Floridian, praised Florida Gov. Ron DeSantis's 2020 midterm election night efforts, saying that he doesn’t believe we will see such a decisive victory ever again.

When Stone asked Manjarrés if he could explain the last time  a Republican candidate for Governor carried Miami-Dade and Palm Beach Counties, Manjarrės quipped, “I can’t.”

“This is an anomaly,” said Manjarrés. “You got to give credit where credit is due in Ron DeSantis. He galvanized Floridians. He did the right thing for Floridians, as a whole, through COVID and he pushed back against Leftist ideology. I don’t think we will see this happen again down the road. I think whoever follows his lead, is going to have to follow his lead to a “T” to see this duplicated again in future elections.”

Stone agreed with Manjarres’ analysis, saying DeSantis did deserve credit for turning out the vote statewide and scoring a “resounding” win, but that Florida was still a purple state.

Stone, who attended the recent Trump rally in Miami and has been a long-time confidante of the former President, asked Manjarrés his thoughts about the “Florida-based drama” between President Trump and Gov. DeSantis.

“He’s not managed, he’s not scripted, he’s his own man. There’s no puppet master,” said Stone.

Manjarrés, who was also seen rubbing shoulders at the Trump rally with the likes of Reps. Byron Donalds, Matt Gaetz, Gus Bilirakis, and Sens. Rick Scott, and Marco Rubio, said that Trump’s policies were the “best” in American history, and that Americans “prospered under his leadership.”

“I have nothing against President Trump. I think he’s been great. I may question some of his tactics, how he comes off, but I think his policies are the best things we’ve seen in U.S. history. I think the policies have been dead on, we’ve prospered under his leadership,” said Manjarrés.

But while Manjarrés would like to see DeSantis run for President of the United States, he doesn’t seem convinced that DeSantis should challenge Trump in 2024, but believes that like Trump, DeSantis “is his own man” and “can make his own decisions.”

“I wish him the best. I wish someday he runs. Should he run against President Trump? I don’t know. I don’t think so. I think people want to see that. I think the media and the Democrats want to see a huge cage match between the two, they want to see a bloodbath,” added Manjarrés.  “I don’t think America is ready for that. I don’t think Republicans want that, a lot of people are saying DeSantis should wait his turn, but then again just like Donald Trump, Ron DeSantis is his own man, he can make his own decisions.”

Manjarrés concludes,”So if Ron wants to run in a primary it will be a gruesome primary, a grueling primary against President Trump, he’s his own man, he can make his own decision and it would be to his own peril because we know President Trump, talk about “mean tweets,” it will be a brutal primary and may the best man win.”