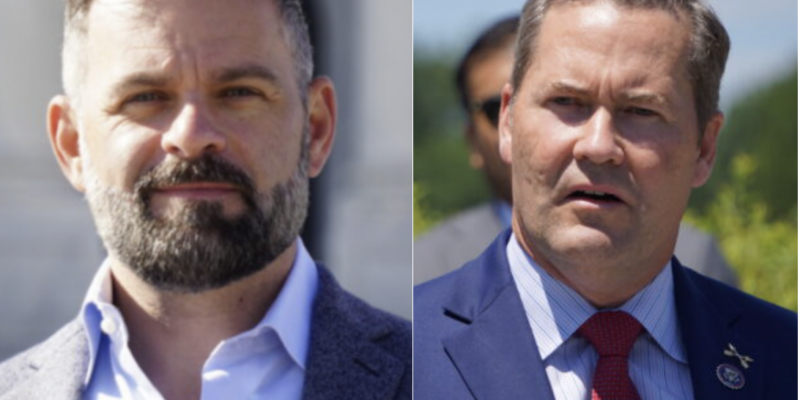 After the dust settled in the 2022 midterm elections, Americans may have witnessed the formation of a new and potent pro-America, pro-Veteran, and anti-CRT alliance between former Army Green Beret Rep. Michael Waltz and combat Army Medic Congressman-elect Cory Mills.

As Mills accepted the results of the election that ushered him into the House of Representatives, Rep. Waltz praised and welcomed his new “wingman,” saying that he and Mills were going to work together to undo the Leftist policies put forth by House Democrats.

“We are both fighters, this isn’t our first firefight, we are in an ideological battle for the future of this nation,” said Rep. Waltz.

This new Maverick and Goose or Batman and Robin congressional friendship and alliance between Waltz and Mills could show its teeth in the opening days of a probable Republican majority in the House of Representatives.

Both men have pledged to combat the “woke ideology” that has hampered U.S. military capabilities and readiness, and both men are saying that they would support legislation that could bring accountability to the Department of Defense, “ban CRT” from the military and restore the benefits stripped away from military personnel that was discharged for not taking the COVID-19 vaccination.

In response to The Floridian’s request for comment on whether he would sponsor, cosponsor, and or support legislation prohibiting CRT indoctrination in the U.S. military, Waltz asserted that he would support a measure, and would hold hearings to investigate the woke indoctrination “being taught at military academies.”

“We will absolutely support that legislation and should I become chairman of the subcommittee on Military Readiness, we will hold hearings getting to the bottom of why this is being taught at military academies and it’s impact on the recruiting crisis,” responded Waltz.

As for Mills, the former 82nd Airborne paratrooper and Department of Defense consultant campaigned on overhauling the DoD and working to refocus the military  and its supportive academies to “squad tactics and readiness” training and not “CRT and intro to Trans.”

During his acceptance address, Mills stated that he will on day one, “fight to reinstate every military personnel” that had their rights violated by vaccine mandates, and restore their “full benefits” and “full privileges.”

Mills told The Floridian that like Waltz, he too would look to subpoena DoD officials and question them about the lack of readiness the military is displaying as a direct result of “CRT indoctrination” and for the lack of recruitments due to the standing vaccine mandates.

“We must introduce legislation that will ban the teaching of a progressive ideology that compromises military readiness and national security,” said Mills.