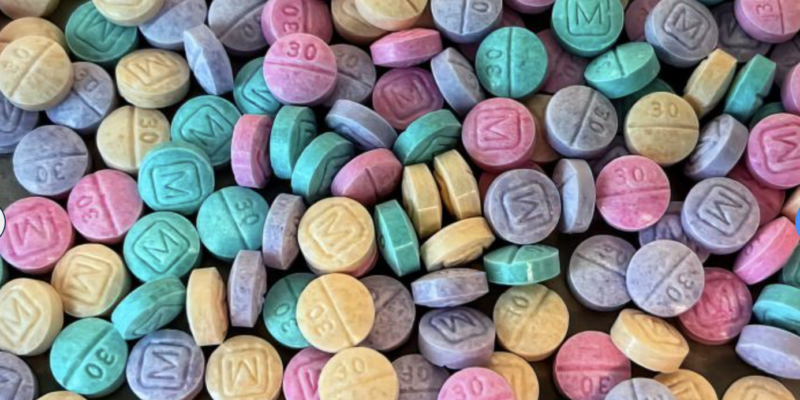 Every Halloween, parents are warned to be vigilant over the candy their children receive when trick-o-treating on Halloween, but this year the warning about potentially deadly candy being distributed is a real threat, and parents are being urged to take extra precautions.

Republican lawmakers are urging parents to keep a close eye out for rainbow-colored fentanyl candies being packaged by Mexican drug cartels in their effort to target younger users.

This is a real nightmare that is playing out along the southern border with Mexico, and across the nation.

Florida Senator Rick Scott recently share his warning to parents,  blaming President Joe Biden’s “open borders” policy as being the direct cause of the threat posed to children.

"Parents: PLEASE make sure your kids' candy is safe this #Halloween. @JoeBiden 's open borders have made it easier than ever for drug cartels to target America's children with rainbow colors and candy-like packaging. Caution is key!" stated Sen. Scott.

Republican congressional nominee Cory Mills, who is expected to easily win his race on Election night, echoed Sen. Scott, and pointed to the “record crossing of fentanyl into our country.”

“As a father and your future Congressman, please be extra vigilant this Halloween. There’s a record crossing of fentanyl into our country and a risk of fentanyl-laced Halloween candies. Please take necessary precautions to keep yourself and your children safe,” stated Mills.

As a father and your future Congressman, please be extra vigilant this Halloween. There’s a record crossing of fentanyl into our country and a risk of fentanyl laced Halloween candies.

Please take necessary precautions to keep yourself and your children safe. pic.twitter.com/t4ZRpTOKcA

“The Biden Administration’s failure to secure the southern border is a threat to our kids’ safety. Cartels are now smuggling “rainbow” fentanyl - lethal drugs that look like candy and meant to entice teens and young people. What is border czar Harris going to do about it?” stated Rep. Mast.

While Republicans are blaming the Biden administration’s failure to secure the border for the influx of illegal immigrants and illicit drugs like fentanyl that are streaming in, Democrats have been all but silent about the candy crisis.

Last month, the DEA released a memo advising the public of the “alarming emerging trend of colorful fentanyl available across the United States.” The DEA noted that its law enforcement offices seized brightly-colored fentanyl in 18 states. The DEA memo stated:

The Drug Enforcement Administration (DEA) recently released a memo outlining the dangers that this new “rainbow fentanyl” posed to Americans.

“Dubbed “rainbow fentanyl” in the media, this trend appears to be a new method used by drug cartels to sell highly addictive and potentially deadly fentanyl made to look like candy to children and young people,” read the DEA memo. “Brightly-colored fentanyl is being seized in multiple forms, including pills, powder, and blocks that resembles sidewalk chalk. Despite claims that certain colors may be more potent than others, there is no indication through DEA’s laboratory testing that this is the case.  Every color, shape, and size of fentanyl should be considered extremely dangerous.”

Senate Majority Leader Chuck Schumer has warned about the potential “rainbow fentanyl” threat, but President Biden and his administration, including Vice President Kamala Harris, have not, and contend that the border is secure.