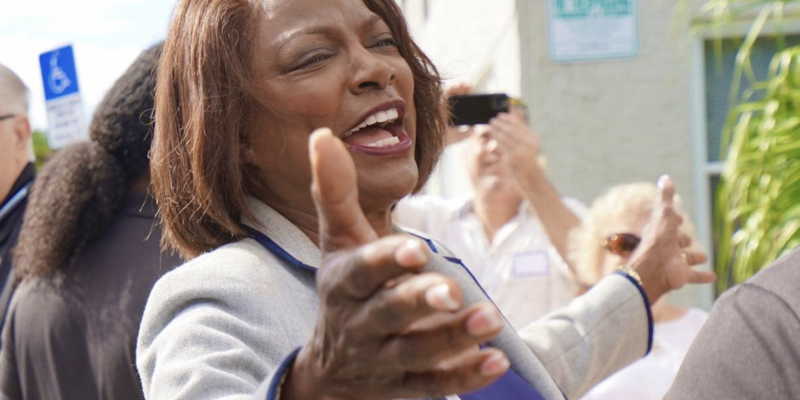 The exchanges between Rubio and Demings were testy, but on the issue of illegal immigration reform, Demings all but called Rubio a liar for accusing her and her party of “demonizing” Border Patrol agents.

When the moderator asked Demings what could be done to fix the crisis at the border, Demings said that there needed to be “more boots on the ground” to deal with the massive influx of illegal immigrants pouring across the southern border.

“We can do that with technology, more boots on the ground, and more people to process those who need to be turned back, those who are breaking the law, from those who are asylum-seekers. Senator, enforce the law, but also obey the law,” said Demings.

Rubio immediately responded to Demings, saying, “Which boots does she want on the ground?”

“She was against National Guard deployment, they demonized the Border Patrol, and talk about process,” said Rubio before Demings interrupted him.

Who are they you are talking about Senator,” asked Demings.

As one would expect, Rubio said that she and the Democratic Party demonized Border patrol agents.

A visibly angry Demings responded by telling Rubio he was “making it up” and would do or say anything to get reelected.

Demings once again denied voting against Border Patrol, but in looking at her past voting record, Rubio is correct.

The congresswoman voted against H. R. 3354, a funding bill for federal agencies, including the U.S. Customs and Border Protection.

The bill had funds allocated to the Border Patrol for “operations and support” and procurement, construction, and improvements.”

In addition, the funding bill Demings voted against provided grants for, and would “provide humanitarian relief to unaccompanied alien children and alien adults accompanied by an alien minor where they are encountered after entering the United States.”

Demings also voted against funding for the border wall, calling it an “absurd waste of money.”