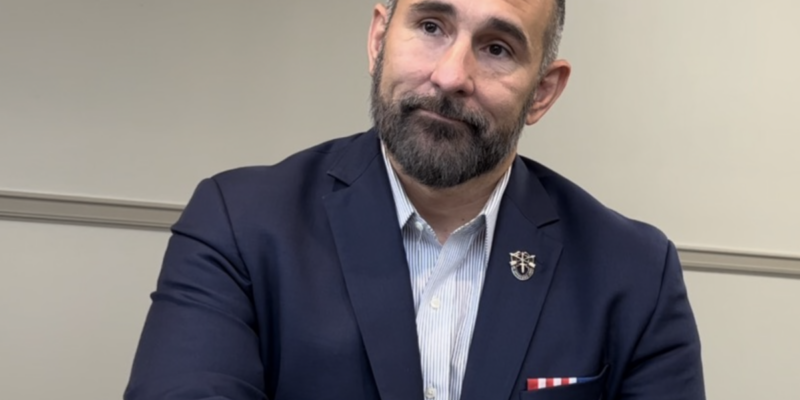 Collins is not only a retired U.S. Army Green Beret but is also a Purple Heart recipient.  Collins previously shared his background and personal story with The Floridian, where he grew up in poverty as a child.

"I've been there, I understand what it's like to need, to want, not have the things you need to be successful," said Collins.

"His service as a Green Beret is admirable, and I know he will bring this determination and strength to the Florida Senate. Jay Collins is a staunch supporter of our men and women in blue, and I urge every voter across Tampa to support him in November," said Moody.

Collins is also a big advocate for law enforcement, which is one of the many issues that Moody and the candidate align on.

Collins stated, "Over the past few years law enforcement has come under attack," Collins added, "Our brave men and women have been ridiculed, harassed, and defunded by the politicians that are backing my opponent. As someone who has stood side by side with law enforcement every step of the way, I’m honored to have earned the full support of Florida’s top prosecutor and look forward to working alongside her in Tallahassee."

This is not Collins's first round of praise from notable figures within Florida law enforcement.  Earlier this year, Collins was endorsed by the Tampa Police Benevolent Association and has stood by his pro-police agenda.