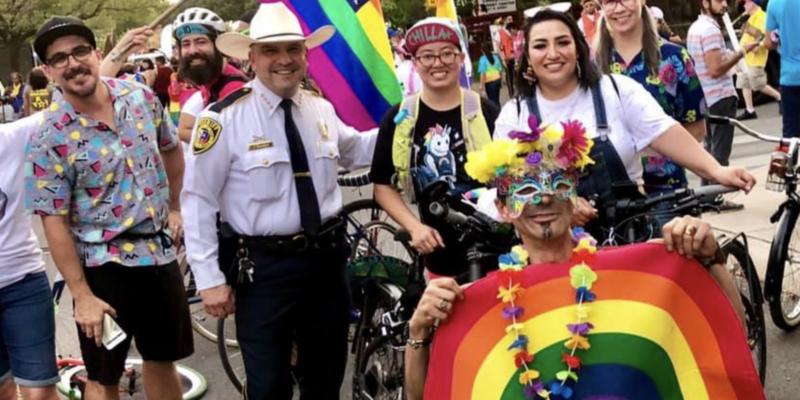 While Sheriff Salazar, a registered Democrat who has promoted pro-amnesty “front door” immigration policy,  accuses the DeSantis administration of using the illegal immigrants for mere “political posturing,” Salazar’s press conference announcing the investigation is being received as a political ploy.

First off, Salazar claiming that illegal immigrants that were flown to Massachusetts were her legal is not accurate.

If, those immigrants were actually seeking asylum, they still entered the country illegally and would still be considered illegal immigrants until they formally applied for political asylum,

The DeSantis administration recently stated that the individuals flown to Martha's Vineyard were actually homeless and were given the necessary provisions prior to being voluntarily flown north.

"These were homeless people that were in a rough situation and undoubtedly had their circumstance improved," said the DeSantis officials. "In fact, several have already communicated their thanks for the opportunity to go to the sanctuary state."

“What infuriates me the most about this case is that here we have 48 people who are already on hard times, they are here legally in our country at this point, they have every right to be where they are, and I believe they were preyed upon,” Sheriff Salazar said.

Salazar, whose office is under scrutiny for its handling of a 2019 double murder-suicide case that has gone cold, has been called out by Gov. DeSantis’s communications director Taryn Fenske over the recent and unfortunate discovery of 53 dead illegal immigrants in a tractor-trailer that was abandoned in Salazar’s jurisdiction.

Immigrants are more than willing to leave Bexar County after being enticed to cross the border and ‘to fend for themselves.’ FL provided an opportunity in a sanctuary state w/ resources, as expected - unlike the 53 who died in an abandoned truck in Bexar County in June,” stated Fenske.

The families of the murder victims have called for Salazar to be removed from office over his handling of the case and for allegedly attacking of  verbally badgering  one of the families and their attorney.

“[Sheriff Salazar has] inflicted more pain on this family than anyone else other than whoever it was who killed their daughters,” said Joseph Hoelscher, attorney for one of the families.

He’s gone so far as to attack my client and myself personally, claiming that we’re money hungry,” Hoelscher added. “We believed based on all of our interactions with Salazar and the Sheriff’s Office, that they’re intentionally withholding an outcome in this investigation to punish this family.”

Salazar has also been accused of allegedly covering up a criminal investigation where he is accused of ignoring “the fact that an employee lied on a sworn statement, in a vicious attempt to get an officer fired.”

Yes, Salazar is a registered Democrat, a sheriff, and appears to also be an activist.

Salazar is a proponent of a pathway to citizenship for illegal immigrants and is also openly in support of abortion.

Shortly after the Supreme Court decision to strike down the landmark Roe vs. Wade decision, Salazar excoriated the justices on the Court.

“Shame on the Supreme Court and the bureaucrats in Washington D.C. and Austin who are attempting to impose their own supposed morals on others. They will not use my badge or the color of my office to do so. My job is chasing predators, rapists, and human traffickers, not someone exercising a right. If it’s religion those career politicians would like to enforce, then they should remember that there are many other commandments in scripture that they themselves have very publicly chosen to ignore.
If it’s truly about protecting children, how about starting with the ones in our schools,” said Salazar.

But while Salazar has in the promoted statements said by Sen. Raphael Warnock and President Joe Biden, the Biden administration has largely ignored his request for support in dealing with the “humanitarian crisis” along the border.

Salazar has refused to call the border crisis an “invasion.”

“Governor Abbott has wasted excessive assets and personnel on an ineffective farce of an effort. I know it’s ineffective, because my deputies and surrounding county sheriffs deal with the aftermath every single day in the form of vehicle pursuits and even rescue operations with dozens of victims at a time. Abbott has jailed countless immigrants on worthless charges that have only served to clog an already over-taxed state prison system, which has had a trickledown effect on overcrowded local jails,” said Salazar about the border crisis in Texas.

Ryan Saavedra has now reported Salazar "cannot point to any criminal statutes that have been violate, just says it was 'distasteful.'"

Gov. Ron DeSantis has recently stated that there would be more immigration flights in the days and weeks to come.