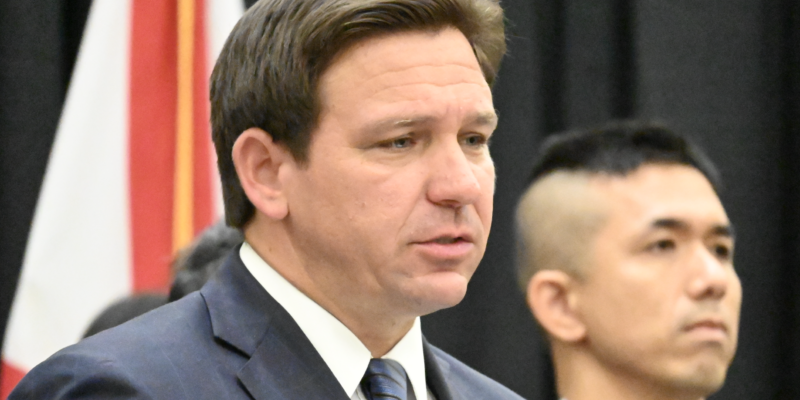 MIAMI—Florida Gov. Ron DeSantis announced that he will be working with the Republican-controlled state legislature to draft legislation targeting Communist China’s aggressive move of buying up American farmland and property around military installations.

Gov. DeSantis pointed out that Florida has 21 different military installations around the state that could be targeted by China and other “countries of concern” like Russia, Cuba, and Venezuela.

“Prohibit China and other foreign countries of concern from purchasing agricultural land and land surrounding military bases in Florida,” reads a media hand out DeSantis’ aides handed out.

Several members of the Miami-Dade delegation of the Florida Legislature were on hand and spoke to The Floridian about the Governor’s move to have a bill filed to try to keep China out of Florida.

“We shouldn’t have the influence of the Chinese Communist party in our backyard. It’s a security,” Rep. David Borrero.

“There is a lot of danger. There are players out there that are acting as agents of foreign countries that are buying up land…this is something we really need to look out,” said Rep. Rizo.

Former aide to Senator Marco Rubio and current Republican State House candidate Alina Garcia, agreed with her two potential colleagues and Gov. DeSantis, saying that the Chinese threat was real and was “destroying our country from the inside out.

We asked Gov. DeSantis if he would also look at targeting Venezuela in the same way.

“We believe the regime in Venezuela is illegitimate. We believe that Maduro is a dictator along the lines of Raul Castro. I think he has done immeasurable damage,” said DeSantis before divulging that earlier in the day, he had met with the Brazilian ambassador.

According to DeSantis, Brazil’s ambassador said that they have “absorbed more than 1 million people from Venezuela” as a result of the current humanitarian crisis created by Maduro.

Last month, Republican congressional nominee Cory Mills told a group of supporters and then posted on social media, that he would file legislation at the federal level that would do exactly what DeSantis is proposing—preventing China from buying up anymore farmland. 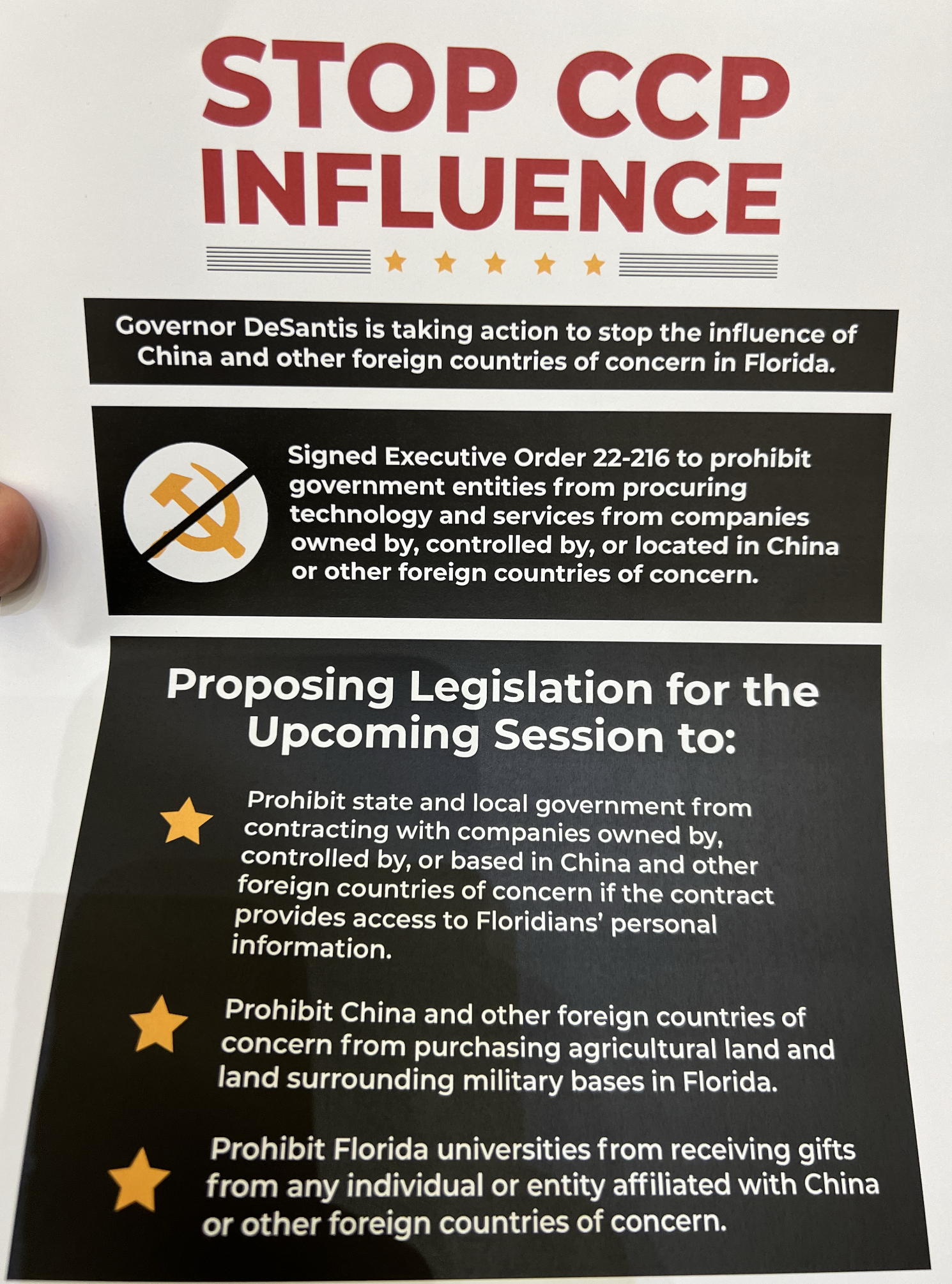