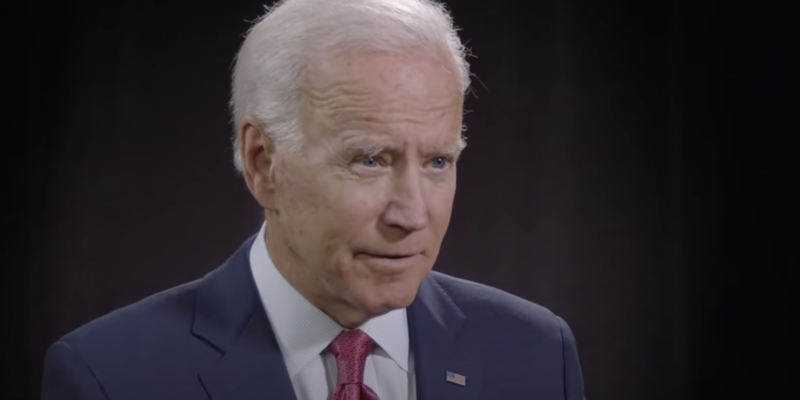 Addressing a non-partisan group of legislators and government officials, President Joe Biden was listing off the legislators who were present and who have tirelessly fought against food insecurity when he remarkably asked if the recently deceased congresswoman was present.

“I want to thank all of you here for including bipartisan elected officials like Rep. (Jim) McGovern, Sen. (Mike) Braun, Sen. (Cory) Booker, Representative – Jackie, are you here? Where’s Jackie? I think she wasn’t going to be here – to help make this a reality,” Biden said.

"Jackie are you here? Where's Jackie?"

Walorski served Indiana’s 2nd congressional district for over nine years until her tragic death last month due to a horrid car accident.

During her time in office, she had been a relentless advocate for Americans enduring food insecurity. Walorski had even been named co-chair of the House Hunger Caucus prior to her death. When pressed on President Biden’s gaffe, White House Press Secretary Jean-Pierre defended Biden, thunderously stating that it was “reasonable” for the President to have Walorski on his mind.

The White House has not issued an apology for seemingly forgetting the Congresswoman’s recent death. At the press conference, Jean-Pierre was assailed with inquiries she refused to answer over whether President Biden would reach out to the late congresswoman’s family.

The tempestuous press conference was captured by ABC:

"I mean I have John Lennon top of mind every day, but I'm not looking around for him."

White House press briefing becomes contentious over explanation of Pres. Biden appearing to call out to the late Rep. Walorski during an event. https://t.co/M6xAZpQ14i pic.twitter.com/Gy0LDOnHBN

With midterms nearing, Democrats worry that Biden’s unprofessionalism on national television will not only diminish Americans’ support for the President, but also undermine the left’s ability to fend off Republican opposition come November.