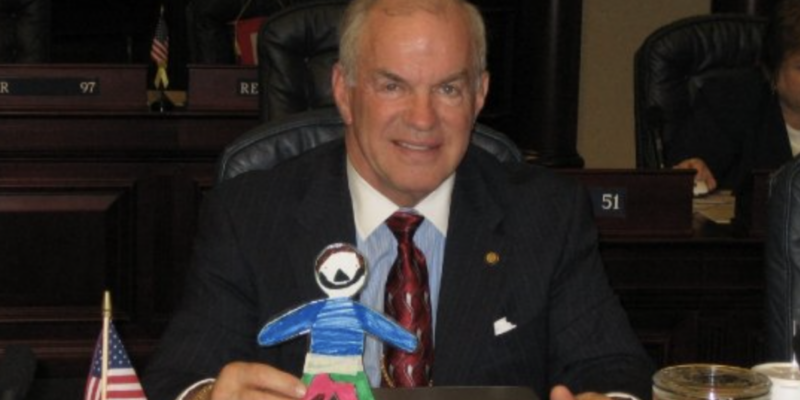 According to sworn affidavits included in a proposed Lake County Republican Executive Committee resolution to have Mr. Hays removed from office, Hays expressed his disdain and frustration with Loomer to two campaign volunteers who visited his office to drop off petitions for a Republican candidate for State House District 53, William Rock Daze.

One of the witnesses, June A. Presley, stated that the casual conversation that she, Mr. Hays, an office worker, and Robert Rivernider, Jr., had in the Supervisor of Elections office turned dark when Hays “angrily and nastily bashed Congressional Candidate Laura Loomer.”

Mr. Rivernider’s sworn statement was similar to Presley’s, stating that Hays’ bashing of Loomer was “shocking and disturbing.”

“I don’t know why anyone would vote for her over Dan Webster. I served with Dan Webster, he is one of the finest men I know, if we had 200 more people like Dan Webster up there in Washington we would have this country’s problem fixed,” stated Rivernider in quoting Hays.

Mr. Hays returned our call for a request for comment, calling the accusations against him “absurd” and “laughable.”

Hays did not admit to “bashing” Loomer to anyone in private or in a public setting, but he did say that he had his opinions, and he’s had private conversations where he shared his opinions with others.

Hays added, “My official position on every race on the ballot is totally neutral.”

Loomer responded to our request for comment with a statement accusing Hays of “illegal electioneering from inside the Supervisor of Elections Office.”

“As an America First Republican candidate for Congress in Florida’s 11th district, I am appalled at Alan Hays’s unprofessionalism, his denial of voter fraud, and his abuse of power through his illegal electioneering from inside the Supervisor of Elections office. Election integrity is the most pressing issue facing our country today, and that’s why it’s at the top of my campaign platform,” stated Loomer. “I support the Lake County Republican Executive Committee’s proposed resolution to remove Alan Hays from his position as SOE. If he is not removed, I, as a Republican candidate on the ballot in the upcoming Republican primary, seriously question the integrity of the elections process in Lake County, Florida.”

The aforementioned Lake County REC proposal to have Hays removed from office stems back to Hays rebuke of the Republican group’s claim that voter integrity was compromised in the county during the 2020 presidential election.

"Leaders of the local Republican Executive Committee have made blatantly false statements about the 2020 election in Lake County, but not one person has offered the first bit of evidence nor has anyone given me any names of alleged violators of our election laws," wrote Hays, a Republican himself. "It is time for those who are making the accusations, to either PUT UP OR SHUT UP!!” stated Hays (Source: Daily Commercial)

The proposed resolution accuses Hays of supporting “one particular candidate over several other candidates in an election that the Lake County SOE’s office is officiating,” and that under his leadership, the Election’s office “deliberately with bias unbecoming an SOE and with disregard for occupational ethics and best practices, disqualified candidate petitions presented on behalf of a certain candidate with the intent to burden that candidate with a higher qualifying benchmark than competing candidates are required to achieve in order to qualify to be included on the ballot.”

"The Lake County SOE’s office, under SOE Alan Hays’ supervision, deliberately with bias unbecoming an SOE and with disregard for occupational ethics and best practices, disqualified candidate petitions presented on behalf of a certain candidate with the intent to burden that candidate with a higher qualifying benchmark than competing candidates are required to achieve in order to qualify to be included on the ballot. SOE Alan Hays unabashedly campaigns for one candidate over the other candidates while in his official capacity as SOE, in government offices, on government payroll and in the presence of Lake County SOE office personnel who are certainly influenced by SOE Alan Hays’ remarks. This allegation is supported by a signed statement drafted by a petitioner whose candidate "—Lake County REC proposed resolution