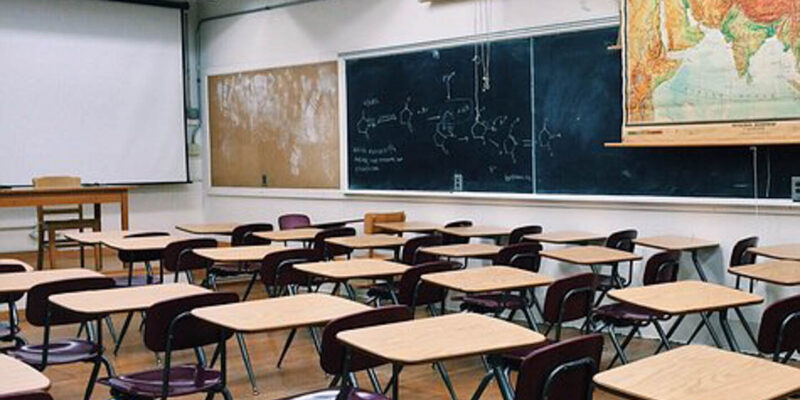 The Clay County School District has come under national scrutiny for silencing a concerned parent over his concerns about the district allowing children to read sexually charged and "pornographic" books in school.

At a recent school board meeting, Bruce Friedman spoke in front of the board members to call out what he called "pornography" in the schools' books.  After beginning to read the questionable material to the school board, members cut his mic off.

Friedman was then told by school board members he was not allowed to read pornography at school board meetings, as it was not appropriate.  This comment ironically confirmed that the school board agreed with the fathers' concerns that children were seeing this material, but he was still censored.

The DeSantis administration seems to have sided with the father.  The Floridian spoke with Secretary Christina Pushaw who said regarding the incident, "Under the curriculum transparency law that Governor DeSantis signed this year, parents have the right to inspect materials in their kid’s school and file challenges to anything that they find inappropriate," adding, "We encourage all parents to know their rights in this regard and work with their child’s school to ensure that no pornographic material is accessible to kids."

As for the censorship that took place, Pushaw was baffled at why his microphone was cut off, stating, "Not sure why his mic was cut, but if it was because the board found his speech inappropriate for adults in attendance, they should agree that the books he was reading from are inappropriate for children too."

"The governor has empowered parents with this law," Pushaw added. "They can use it to inspect materials and challenge anything inappropriate. Obviously, before resorting to legal action it would be a good idea for parents to raise any problems with the principal, and school board members, to see if they will fix it first. If not they can sue."

Pushaw's remarks clearly echo the DeSantis Administration's ambitions of becoming the nation's "Education State."  During the 2022 legislative session in Tallahassee, Florida, DeSantis championed education reforms,  ensuring that parents have more autonomy when it comes to children's curriculum by signing the Parental Rights in Education bill into law.