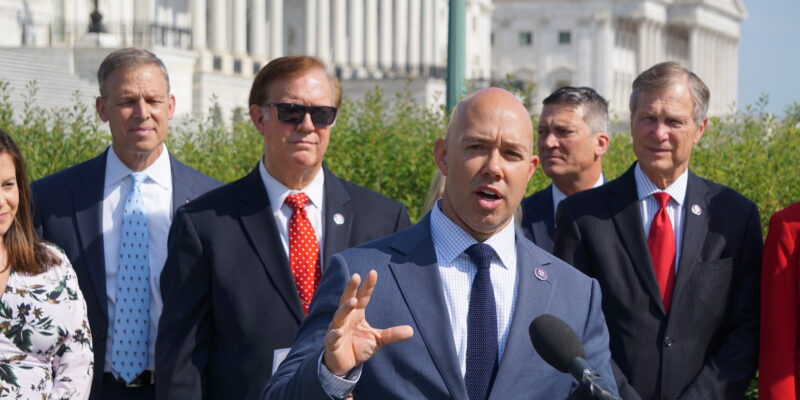 WASHINGTON—House Republican lawmakers in Washington said a resounding “Amen!” in response to Senator Rick Scott calling on President Joe Biden to resign and calling him “unwell” and “unfit for office.”

“It’s simple. The most effective thing Joe Biden can do to solve the inflation crisis he created is resign. He’s the problem. Getting him out of office is a quick and easy solution,” stated Scott in a press release.“Let’s be honest here. Joe Biden is unwell. He’s unfit for office. He’s incoherent, incapacitated and confused. He doesn’t know where he is half the time. He’s incapable of leading and he’s incapable of carrying out his duties. Period.

Scott concluded, stating,“Everyone knows it. No one is willing to say it. But we have to, for the sake of the country. Joe Biden can’t do the job.”

In a response to The Floridian’s request for comment, Rep. Brian Mast simply stated, “Amen!” to what Scott stated in his press release.

Later in the day, we spoke to fellow Florida Rep. Michael Waltz (R) who said that what Scott stated about Biden was “what a lot of Americans are saying out loud.”

We should all want our Commander-In-Chief to be successful. Nobody wishes that kind of ill will for political reasons.

When asked about Biden taking a cognitive test, as Texas Rep. Ronnie Jackson first suggested, and as Rep. Greg Steube and others seconded, Rep. Waltz, said that if he was on Biden’s team, he “would want him to do that (take a cognitive test).”

Waltz also said that Biden should prove he is capable of carrying out the duties of a sitting U.S. President.

“If he’s as competent and tough as he claims he is, sure, prove it,” added Waltz.

Tennessee Rep. Chuck Fleischmann did not go as far as Scott or Waltz in saying that Biden was unfit to lead because of any mental incapacities, but did say that Americans “ have lost faith in this administration and its bad for the country.”

“I’m not a doctor. I’m not in those inner circles, but those decisions and those actions , and the rhetoric that we’re seeing from the Biden has just not been good for this country,” said Rep.Fleischmann.

Back in February, a poll conducted by ABC News/The Washington Post found that 54 percent of Americans (Republicans, Democrats, and Independents) question Biden’s mental fitness and believe he lacks the “mental sharpness it takes to serve effectively as president”.