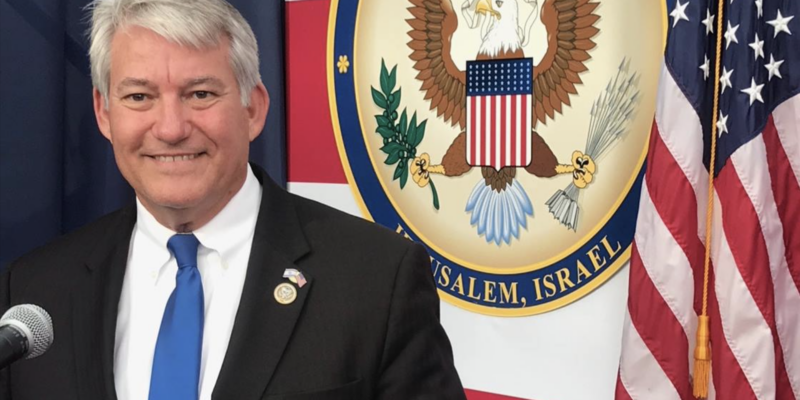 Recently former Congressman Dennis Ross (R-FL) announced that he is throwing his hat in the ring once again and running for Congress in Florida's new 15th congressional district.  Now, Ross is laser-focused on tackling the Border Crisis if elected.

In an interview with the Floridian, Publisher Javier Manjarres asked Rep. Dennis Ross what his main concerns are going into the 2022 elections.  Ross listed a plethora of issues like parental rights and inflation, but Ross first stated, "First thing, and it effects Florida and it effects every state, we got to secure the border."

"We've got to see this influx stop.  We've had over 2 million illegal aliens cross the Southern Border since Joe Biden took over.  Lester Holt, who is not a conservative anchorman, just two weeks ago said that since October we've had over 1 million."  Ross added, "If we don't secure our border, our economy tanks.  Florida can't handle them.  they're coming over in such great numbers that they're impacting how we do business in this country," said Ross.

Title 42 has also been in the news recently, with Democrats suggesting the total upheaval of the policy.  Ross responded to the recent coverage of the Trump era policy," saying, "His attempt to rescind Title 42, which fortunately has been saved by a federal judge, would be disastrous"

Florida has been a very proactive state in border security, with Governor Ron DeSantis (R-FL) sending law enforcement units to help secure the southern border to Mexico.  Combat veteran and businessman Cory Mills (R-FL), who is a candidate in Congressional District 7, even payed a visit to the Southern Border, which made him the first Florida Congressional candidate to do so.