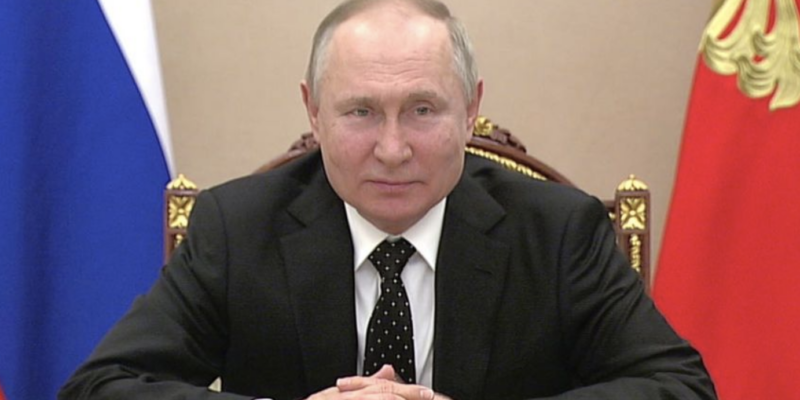 Buying blood oil from Russia, Iran, and Venezuela is reckless, irresponsible, and outright dangerous for U.S. national security. The Biden Administration must not appease ruthless dictators hoping that the next one might be slightly less reprehensible than the other.

I am deeply alarmed by reports that high-level U.S. representatives met in person, in secret, with Maduro and his cronies in an attempt to lessen sanctions on the Maduro regime at a time when the Biden Administration is seeking new petroleum resources from anywhere but North America.

Making a deal with the devil is extremely shortsighted. Eventually, it will be too costly. For example, as with Russia today, Putin has weaponized energy, and western nations depending on Russian oil are attempting to disentangle themselves from the web that they helped to weave.

We should learn from those mistakes and refuse to leap into a worse deal with the brutal Maduro dictatorship, a regime being investigated by the International Criminal Court, and a UN International Fact-Finding Mission for crimes against humanity. With the influx of cash for oil into Putin’s coffers, he has pumped military equipment and soldiers into Venezuela, forgiven Cuban debt, and countered crucial U.S. interests in our own hemisphere.

When Venezuela was flush with cash, it assisted the terrorist organization of the FARC in terrorizing Colombia, paid for the human trafficking of Cuban doctors, and brutally oppressed the Venezuelan people. We must not toss a lifeline to this brutal regime in order to tighten the screws on another, or because the Biden Administration is more afraid of left-wing radicals than of murderous tyrants bent on the destruction of what Americans value most – freedom, democracy, and human dignity.

I challenge anyone to decipher a consistent foreign policy guiding the Biden Administration other than appease a radical left that apparently prefers we enrich ruthless dictators and their oil conglomerates such as Rosneft or PDVSA, rather than cleaner, domestic oil produced in North America.

That is absurd. Just like the disastrous Iran deal from the Obama administration, these negotiations are held in secret because they are immensely dangerous and unpopular. In fact, they are an embarrassment. Americans, well aware of the evils perpetrated by Iran since the hostage-taking of 1979, do not want to ease any pressure on that regime or another one like it.

Yet incomprehensibly, the Biden Administration is reportedly working out bad deals with the worst regimes in the world. The Iran deal is being facilitated by negotiators from Communist China and Russia; the Venezuela deal was secretly conducted in person with Maduro and his cronies and without Venezuela’s legitimate interim President or his representatives.

If these deals were as good as we will undoubtedly be told that they are, the Biden Administration would be touting their terms at every opportunity. But, instead, we have to hear about them in drips of anonymous sources and unconfirmed reports.

The regimes of Venezuela, Russia, Cuba, Communist China, and Iran have formed a dangerous malignancy that we must confront with a consistent foreign policy that puts America’s national security interests and freedom at the forefront. A principled position does not allow for trading one anti-American dictator for another, particularly when these dictators work together against our national interests.

The American people understand that supporting any part of their increasingly intertwined alliances is supporting them all. Russia has sent billions in military equipment and has shipped military “advisors” to help Maduro cling to power. Iran continues to ship food and oil to sustain the Maduro regime.

While we maintain sanctions against the brutal regimes in Venezuela, Russia, Cuba, and Iran, we must also continue to maintain robust solidarity with the people of those nations in their struggle for democracy. We must never forget that the people in the grip of these repressive regimes are victims of this malignant alliance, too, as these regimes work together to perfect methods and share technologies to oppress their people and suppress dissent.

This is why working out deals that enrich these regimes is so reprehensible; doing so helps to fund tools of oppression and helps them cling to illegitimate power. And this is why these deals, if true as reported, would constitute a betrayal of everything that America represents and a betrayal of the courageous people struggling to be free.

At times of crisis such as these, we need moral clarity. Former Russian political prisoner Natan Sharansky said, “In dictatorships you need courage to fight evil; in the free world you need courage to see evil.” We cannot sell out the freedom of the Venezuelan people with weakened sanctions and blood oil. Instead, we must pursue a policy that prioritizes U.S. national security interests and freedom rather than securing a new deal with a different devil.

Congressman Mario Diaz-Balart is currently fulfilling his 10th term in the U.S. House of Representatives, serving Florida’s 25th congressional district. Diaz-Balart is a senior member of the House Committee on Appropriations, and he is the Ranking Member of the Subcommittee on Transportation, Housing, and Urban Development, in addition to serving on the State, Foreign Operations, and Related Programs and Defense Subcommittees.