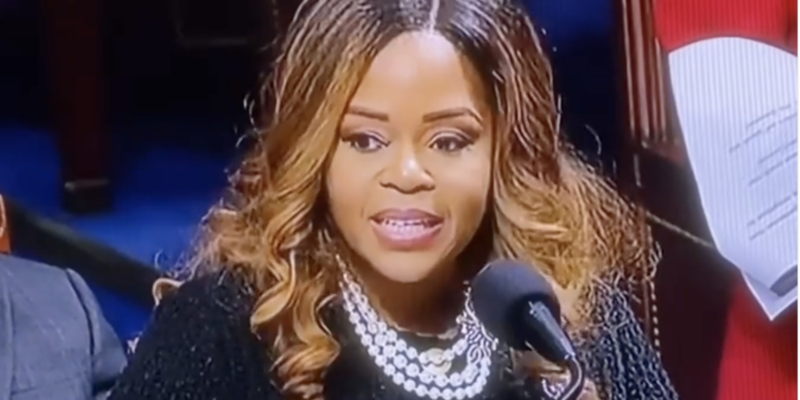 After winning the Special Election in Florida’s 20th Congressional District to replace the late Rep. Alcee Hastings (R), newly-minted Rep. Sheila Cherfilus-McCormick (D) has hit the ground running in Washington and looks to work across the aisle with Republicans and won't doesn't appear as if she will join the House's Progressive "Squad."

Moments after final votes were taken this past Thursday, The Floridian caught up with Rep. Cherfilus-McCormick to talk about her transition from working in the private sector to representing Americans in Washington, D.C.

When we asked her about joining the “Squad” after running for Congress as a Progressive Democrat, Cherfilus-McCormick did not answer if she was or was not joining Rep. Alexandria Ocasio-Cortez-led Progressive “Squad.”

“I want to make sure I keep the identity of myself and my district, so I’m very cautious about letting anyone pigeonhole our district, right?  So I’m here to represent the district, so whatever is right for the district is where I position myself,” said Cherfilus-McCormick. We’re looking at what does the district need and not allowing ourselves to be put into a hole.”

The freshman congresswoman added that going into the 2022 midterm elections, Democrats needed to “stay as a solid group” and not continue to show division among its members.

Further distancing herself from the Progressive faction of the House Democratic Caucus, Cherfilus-McCormick expressed how important it was for her work across the aisle and “work with everyone” and negotiate diplomatically with Republicans.

“I think voters want someone they can believe in, someone who is going to fight for them, but who can do it diplomatically, because we are not here to instigate problems and fights, we are here to negotiate respectfully,” added Cherfilus-McCormick.

Like every member of Congress, Cherfilus-McCormick must run for reelection this November. In looking at all of the recently proposed redistricting congressional maps, her district will stay Democratic.