Florida State Rep. Anthony Sabatini is arguably one of the most Conservative Republican legislators in the Florida legislature since first taking office in 2018, but those conservative bona fides are now being called into question by several activists who have questioned Sabatini’s past Democratic Party voting record.

Rumors have been circulating around the state that Rep. Sabatini, who has waged a one-man war against the establishment or "RINO" Republicans in Tallahassee, as he calls them,  was a registered Democrat who voted for President Barack Obama in the 2008 and 2012 presidential election cycles.

According to Sabatini’s voting record that The Floridian obtained from the Lake County Supervisor of Elections, Rep. Sabatini registered as a Democrat in August 2006 and voted early in the 2008 Presidential Preference Primary election, and voted via absentee ballot in the 2008 Democratic presidential primary and general elections.

Records show that Rep. Sabatini last voted as a Democrat in the 2012 presidential general election.

The Floridian asked Sabatini if he voted for Obama in the 2008 election cycle, prompting him to quickly respond that he wrote in “JFK” instead of voting for either Obama or Clinton.

Sabatini also stated, “I was a Democrat from ‘06-’10” and didn’t change his voter registration until 2013, adding that he “never voted for Obama” 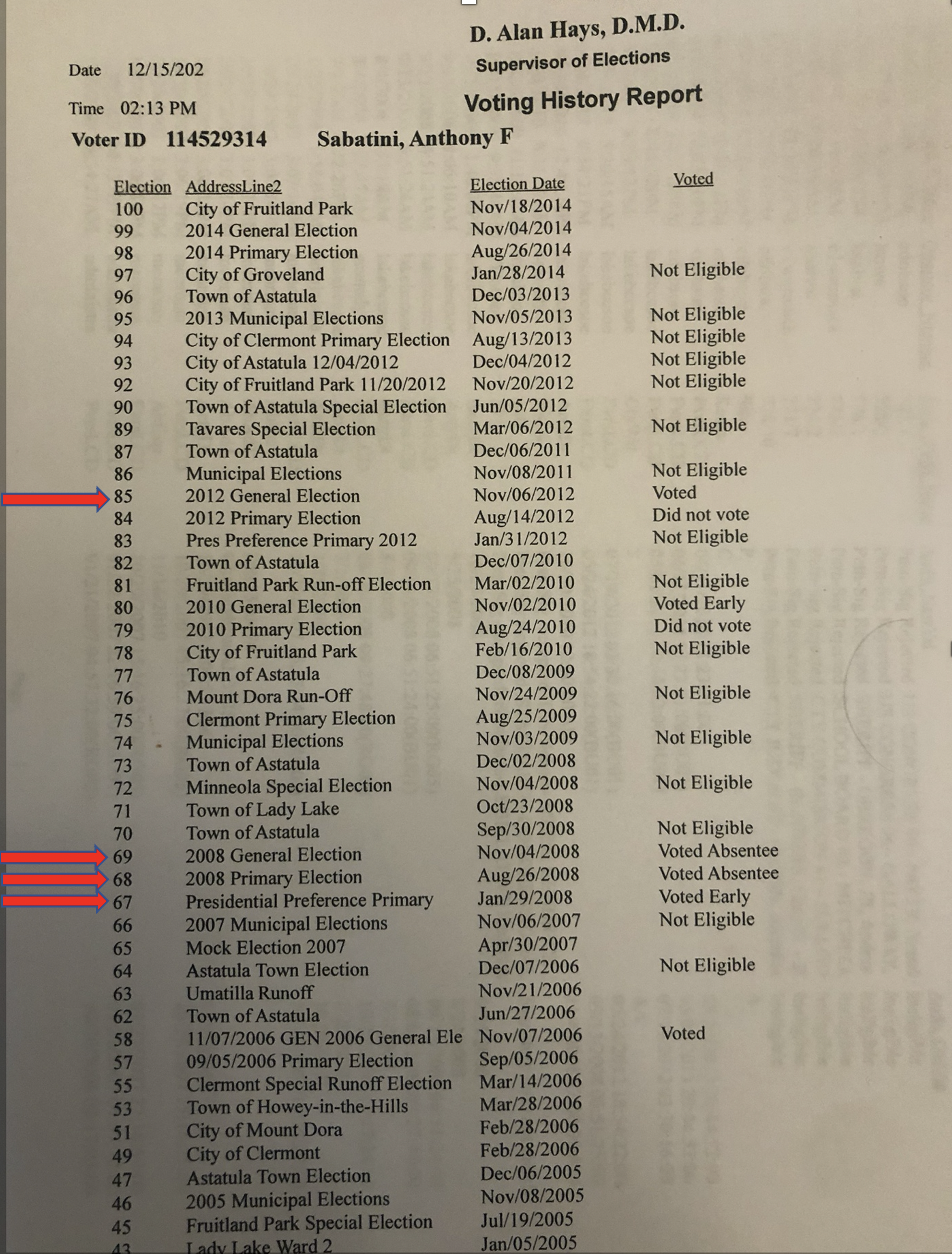 Sabatini’s votes for Republican presidential candidates as a Democrat is plausible considering that every election cycle Democrats cross the political aisle to vote for the Republican nominee, as was the case in the 2016 general election when thousands of Democrats voted for former President Donald Trump.

So, outside of writing in "JFK" in 2008, Sabatini contends he never voted for a Democrat while registered as a Democrat.

But one Republican activist from Lake County, who asked that we conceal her identity for this story, says that she “finds it very odd that he (Sabatini) did not change his voter registration” to Republican after the 2008 general election and believes that Sabatini’s “America First play” is nothing less than “disingenuous and fabricated to win the support of Trump Republicans in the region.”

DeSantis: 'Pay-to-Play' Accusations are 'not True'