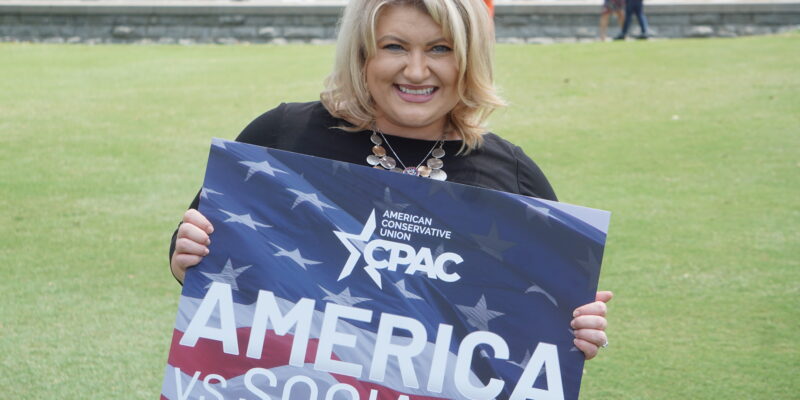 Ronna McDaniel (R), the Chairwoman of the Republican National Committee, is also the host of “Real America,” a podcast that discusses current affairs. In its newest episode, McDaniel was joined by Florida Rep. Kat Cammack (R), where the two women  discussed a slew of political topics, included her calling Democrats “hypocritical.”

During the interview, Chairwoman McDaniel noted that the “country is dealing with a 30% increase in homicide rates,” as she accused Democrats of “fueling” attacks against police.

“It is disgusting what they are doing to our men and women in uniform at every level,” McDaniel argued.

“I find it pretty hypocritical that a lot of Democrat members want to talk about justice, but it’s never justice for the unborn and those who don’t have a voice,” Cammack responded, adding that “we all take the same oath to the United States Constitution” and that “we all are charged with upholding life, liberty and the pursuit of happiness.”

Expressing that “it’s in our DNA as Americans,” Cammack questioned that “if you can’t protect life, then what are you doing?”

Cammack’s husband is a firefighter & SWAT medic, and earlier this year she delivered remarks in front of the National Law Enforcement Officers Memorial, thanking law enforcement officers for their service.

In her comments, she also referred to the GOP as the party of “Law and Order,” which is something a number of Republican officials have also echoed in the years since President Donald Trump (R) assumed office in the White House.

The Florida lawmaker has also vocally against the calls for defunding the police, and in her comments earlier this year she argued that “Democrats on Capitol Hill have consistently voted to defund the police,” noting that “Republicans have continued to stand up as the party of law and order and support a well-funded, well-trained community of law enforcement officers.”

The episode of the podcast can be viewed below: