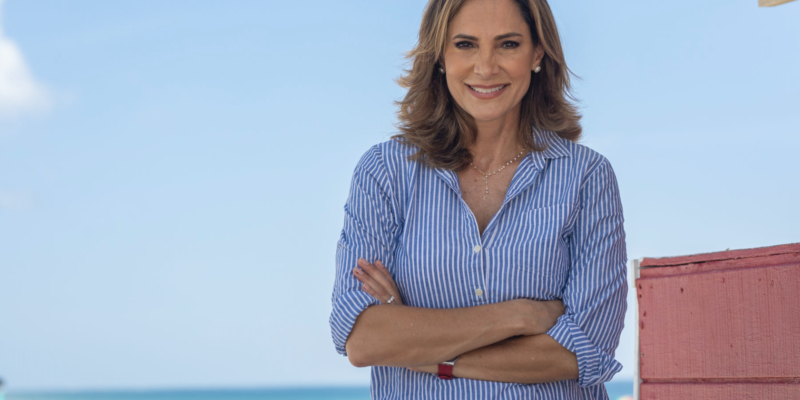 As the midterm elections swiftly approach, many Republican lawmakers are optimistic that the Hispanic vote will show up for the GOP in droves in the 2022 election cycle.  US Rep. Maria Salazar (R-FL), who thinks Hispanics are "waking up" to the truth of the Democrat Party, is one of those Republican legislators.

In an appearance on Fox News, Representative Salazar spoke on Hispanics and how crucial of a voting block they will play in the 2022 midterms and onward," stated, "The largest minority in the country, 60 million people, 20% of the population, finally we are realizing that those values are entrenched in the Republican Party.  God-fearing, law-abiding, tax-paying, and not only that, the GOP is welcoming us and I am the best example, that one."

Salazar is confident that Hispanics will show up to the polls for Republicans because of the issues immigrants care about.

"What do you think we come to this country for?  To go to Disney World?  To go to Saks to shop?  We come because we want to have a better economy," stressed Rep. Salazar. "This is the only country in the world that in one generation you can go from rags to riches.  It's the only country where you have social mobility."

The Congresswoman then credited the Trump Administration for delivering the American Dream to immigrants and exposed how she feels about the Democrat Party and their treatment of Hispanic Americans.

That is why the Republican party has given that and the last administration, the policies were so good for us," she added.  "That is why we are waking up, not only that, one reason I am in Congress is to say to my people, the Hispanics, that the Dems, the Democratic Party, unfortunately has been playing political football with us for the past 30 years."

Salazar has voiced that she is, "the best example of it, a brown girl from the hood with an accent that in one generation was able to go from Miami to Congress.  Only in America."  Now, it is only up to the GOP on welcoming these patriotic Americans, as Salazar says Hispanics are not, "moving to the right or to the left, we're moving towards the American agenda."