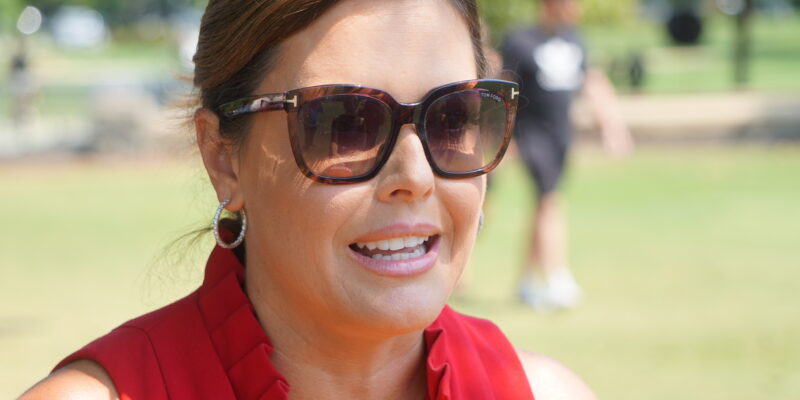 While Matt Schlapp might be the chairman of CPAC, his wife, Mercedes Schlapp, also has a lot to say about politics, especially as a Cuban-American who is advocating for the Cuban protests and has insisted that Biden isn’t doing enough.

The Floridian spoke with Mrs. Schlapp today at CPAC’s “Cuba Libre” event on the west lawn of the U.S. Capitol in which she listed the actions she would like to see the United States take as the Cuban people further their revolt against the Communist regime:

“The US has to start with the internet access, we think that that’s an important point right now.  Because that allows to show the images of whats happening in Cuba right now.  Secondly, there needs to be an international effort, with the United States apart of that.”

Schlapp insists that the United States supply internet services to the island of Cuba, an idea that Governor Ron DeSantis (R-FL) has publicly supported, and has fought to convince President Biden (D) to do so.

Schlapp spoke of a “transition of power” that she characterized as “slim to none” in its chances of happening.  “We hope there can be a miracle that could change things, but we have to put pressure on the Biden Administration to take some action.”

Schlapp, whose father spent 6 years incarcerated in Castro’s Cuba in the 1960’s, called the recent Biden sanctions “not a solution” and further called for supplying internet services that will literally “take minutes” for Biden to do.