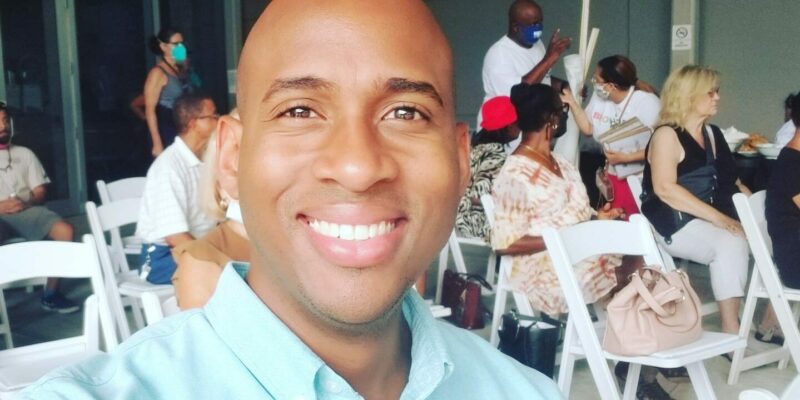 Progressive State Rep. Omari Hardy (D), aka " Troublemaker Extraordinaire" as he likes to refer to himself, is in full campaign mode in his endeavor to replace former Rep. Alcee Hastings (D) and is blaming Republicans statewide for the COVID deaths of inmates since the pandemic began.

Rep. Hardy, recently responded to a tweet tweet by Orlando Sentinel Criminal Justice Reporter Grace Toohey, a former writer for the progressive "The Advocate" media outlet, where he blamed Republicans for the COVID-19-related deaths of "incarcerated Floridians."

Hardy added that the inmates who died were serving time for "non-violent offenses" or were eligible for parole, died because of "needless" cruelty because "Republicans don't care about life."

We are needlessly cruel to incarcerated people in this country. The incarcerated Floridians who died from COVID-19 while serving time for non-violent offenses, or while eligible for parole, are examples of that cruelty. Republicans don't care about life; they care about control.

In examining Hardy's accusation against Republicans, we can't seem to find who exactly he is referring to when he blames Republicans for the deaths of inmates who were serving time for crimes they had committed. We can assume he is blaming the current Republican Gov. Ron DeSantis, or he is making a blanket statement condemning Republicans as a whole.

Toohey's story states that those non-violent crimes include "financial and drug-related offenses," but upon clicking on the "non-violent offenses" link, a list of violent crimes pops up. There is a good chance that Toohey made a mistake and inserted the wrong page link.

But outside of those financial crimes, aren't drug crimes related to violence?

According to the United States Department of Justice, "Drugs and violent crime often go hand in hand."

Interestingly enough, the Prison Policy Initiative found that 40% of inmates for "property crimes and 14%" of those jailed for violent crimes say that they have committed their "most serious offense for drug-related reasons."

But could Hardy's assertion that Republicans are to blame for the deaths of inmates be just his ADHD speaking?

Hardy recently told the Sun-Sentinel that he has been filing his state representative committee filing reports because he has ADHD, but doesn't believe it will affect his ability to succeed Rep. Hastings in the U.S. House of Representatives.

“My job as a legislator is to intelligently and passionately advocate for my constituents, who are working class, and people of color. That’s what I do well. That’s my greatest strength. My weakness is submitting paperwork, submitting tedious paperwork on tight deadlines,” Hardy told the Sun-Sentinel.

Hardy is considered one of the frontrunners in the hotly contested Democratic congressional primary race in Florida's 20th district.

We are needlessly cruel to incarcerated people in this country. The incarcerated Floridians who died from COVID-19 while serving time for non-violent offenses, or while eligible for parole, are examples of that cruelty. Republicans don't care about life; they care about control. https://t.co/xGAfP7xPWu

Vaccine Conspiracy Theorists are Getting Infected With COVID