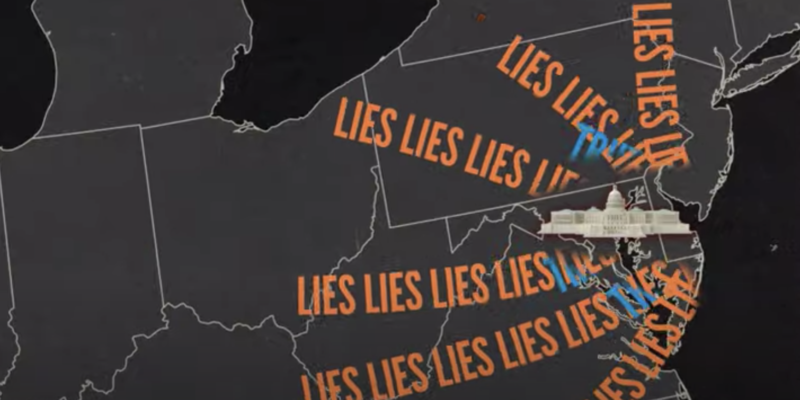 According to Shield PAC’s website,  Republicans have “Falsely” branded moderate Democrats in 2020 “as radicals” and will “build a protective barrier” against the “seditionist, Trump-loving GOP.”

In the group’s first thirty-second digital ad narrated by Rep. Mucarsel-Powell, Mucarsel-Powell sticks to her previous assertion that Republicans lied about Democrats like herself, branding them as “radicals” and socialists.

“Lies. It’s the only shot Republicans have of winning a House majority in 2022. Last year Republicans spent hundreds of millions of dollars spreading theirs and it got them 14 house seats, including mine.

“They called me a communist. Me an immigrant from Ecuador, a country with a history of fighting communist regimes.

Shield PAC is a singular mission to stop them because if we don’t fight back we’ll be handing over our democracy to them.

Several of the members have offered their testimonials about how they believe they were wronged by Republicans and their labeling of Democrats as socialists.

“I’m Utah’s most independent member of Congress and my track record is (being) someone who works across party lines to get things done for Utah,” said Rep. Ben McAdams.

Mucarsel-Powell’s seat was one of the prime targets for Congressional Republicans, and they came to play for keeps.

These Shield PAC Democrats are considered “moderate” but because of their voting record in support of Progressive measures that were put forth for a vote by Speaker Nancy Pelosi, that centrist designation they had quickly escaped out the window.

Republicans were able to brand Congressional Democrats as socialists for supporting Progressive measures like Medicare for All, and for voting on anti-Gun legislation, The George Floyd Justice in Policing Act, and on For the People Act (H.R.1).

Supporting Medicare for all speaks for itself, but most Americans don’t know that by voting for the George Floyd Act, police agencies would be defunded if they did not comply with the bill once it became law. If it became law.

“I definitely think that we need to get there,” said Mucarsel-Powell when asked if she supported Medicare for All.

As for the “For the People Act,” which is already dead on arrival in the Senate, would completely transform the U.S. election system and welcome ballot harvesting, “allowing for no-excuse mail voting, at least 15 days of early voting, automatic voter registration and restoring voting rights to felons who have completed their prison sentences,” according to ABC NEWS.

But not all Democrats support H.R. 1 including West Virginia Senator Joe Manchin,  who stated in an op-ed that “voting and election reform that is done in a partisan manner will all but ensure partisan divisions continue to deepen.”

All of the Shield PAC Democrats, except for Rep. Gordon, voted for H.R. 1 and to defund police.

This is where Republicans are getting their ammunition against Democrats. Going into the 2022 midterm elections, Democrats are expected to lose their majority in the House because of their continued support for the Progressive legislative agenda.

It doesn’t help Democrats when their very own are calling themselves Socialists. During the 2020 presidential cycle, former Democratic Rep. Donna Shalala called herself a “pragmatic socialist.”

“In every single ad that was put up, they would distort my record,” former Rep. Joe Cunningham tells Karen Tumulty, who has the scoop on Shield PAC’s plan to defend moderate Dems who delivered the House majority from the GOP’s lies.

Psaki: VP Harris ‘May’ Visit Border ‘At Some Point’