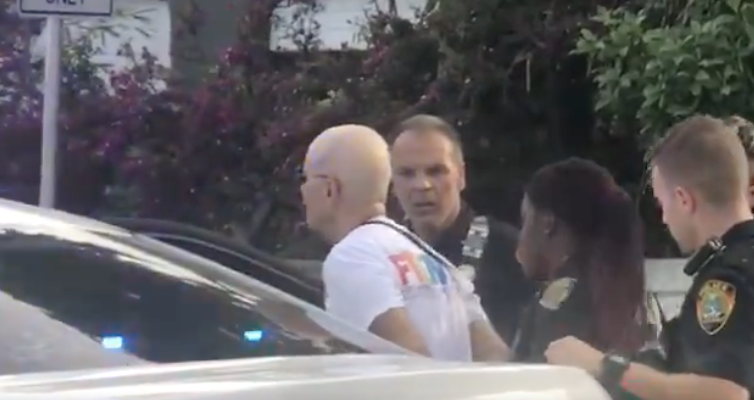 In what appears to be a pre-mediated hate crime, A white man driving a white pickup truck has been arrested after allegedly running over several individuals moments before the 2021 Stonewall Gay Pride Parade was to begin.

One person is dead, another is in critical condition, and a third is expected to survive according to Fort Lauderdale Mayor Dean Trantalis.

“This was a terrorist attack against the LGBTQ community,” Trantalis said. “He came here to destroy people. This was clearly no accident.”

“He jumped out of the truck and the police grabbed him,” Trantalis said. “He was screaming vulgarities.”

The Floridian reached out to Rep. Ted Deutch (D), who represents the East Fort Lauderdale and Wilton Manors for comment, but did not respond yet.

According to  ABC 13, Rep. Debbie Wasserman Schultz (D), who is a staple at the yearly parade, was narrowly hit by the white truck

The man taken into custody could very well be part of the gay community, as the shirt he is wearing has a white shirt with a logo comprised of pride colors, and of a local gay organization.

Justin Knight, the president of the Fort Lauderdale Gay Men’s Chorus, said through a spokesman to WPLG that the driver and the victims were all members of the community.
“Our thoughts and prayers are with those affected by the tragic accident that occurred when the Stonewall Pride Parade was just getting started,” Knight said in a statement to WPLG.
“Our fellow Chorus members were those injured and the driver was also a part of the Chorus family. To my knowledge, this was not an attack on the LGBTQ community. We anticipate more details to follow and ask for the community’s love and support,” Knight said. (CNN) 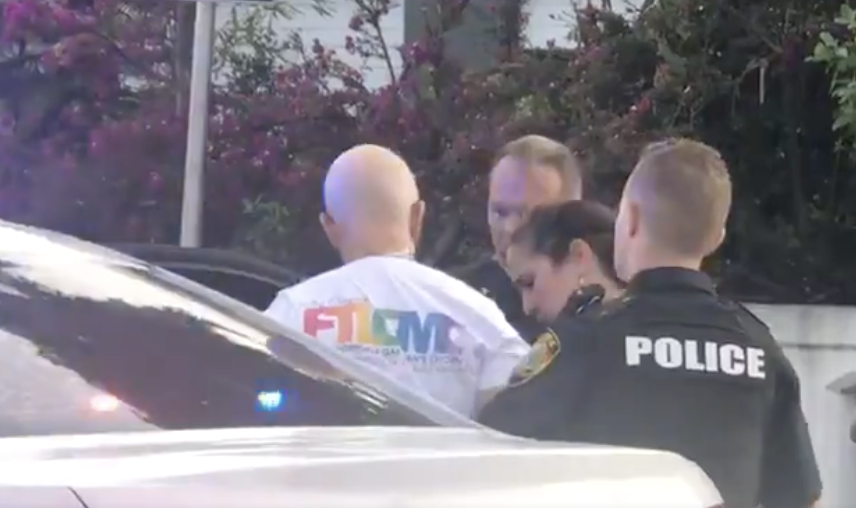