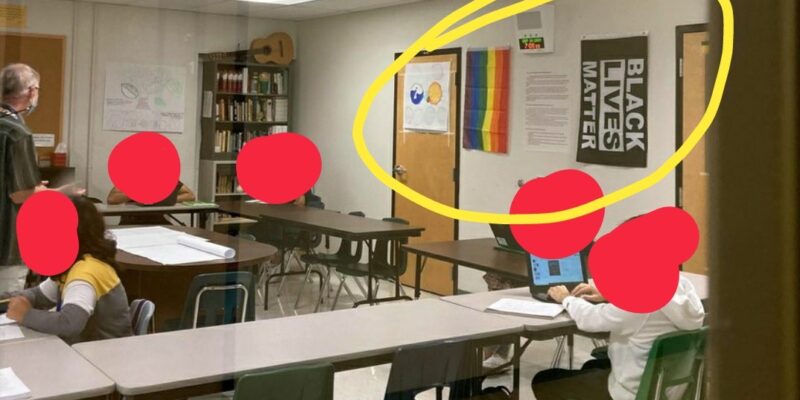 In Florida, Critical Race Theory is effectively banned, but that does not necessarily stop educators from having opinions contrary to the state government, including that of Governor Ron DeSantis.  In Haines City, Florida, a teacher is under fire for allegedly  “indoctrinating” students with the “woke” ideology that has gripped a significant portion of  American culture.

Dr. Ben Graffam, an instructor at Haines City High School, is displaying certain flags in his classroom, but it doesn’t appear as if the American flag is one of them.  An image submitted to The Floridian by Activists Chris Nelson he received from another teacher who asked that we did not disclose his or her identity,  shows a Gay Pride and Black Lives Matter flag hanging in Dr. Graffam’s room. 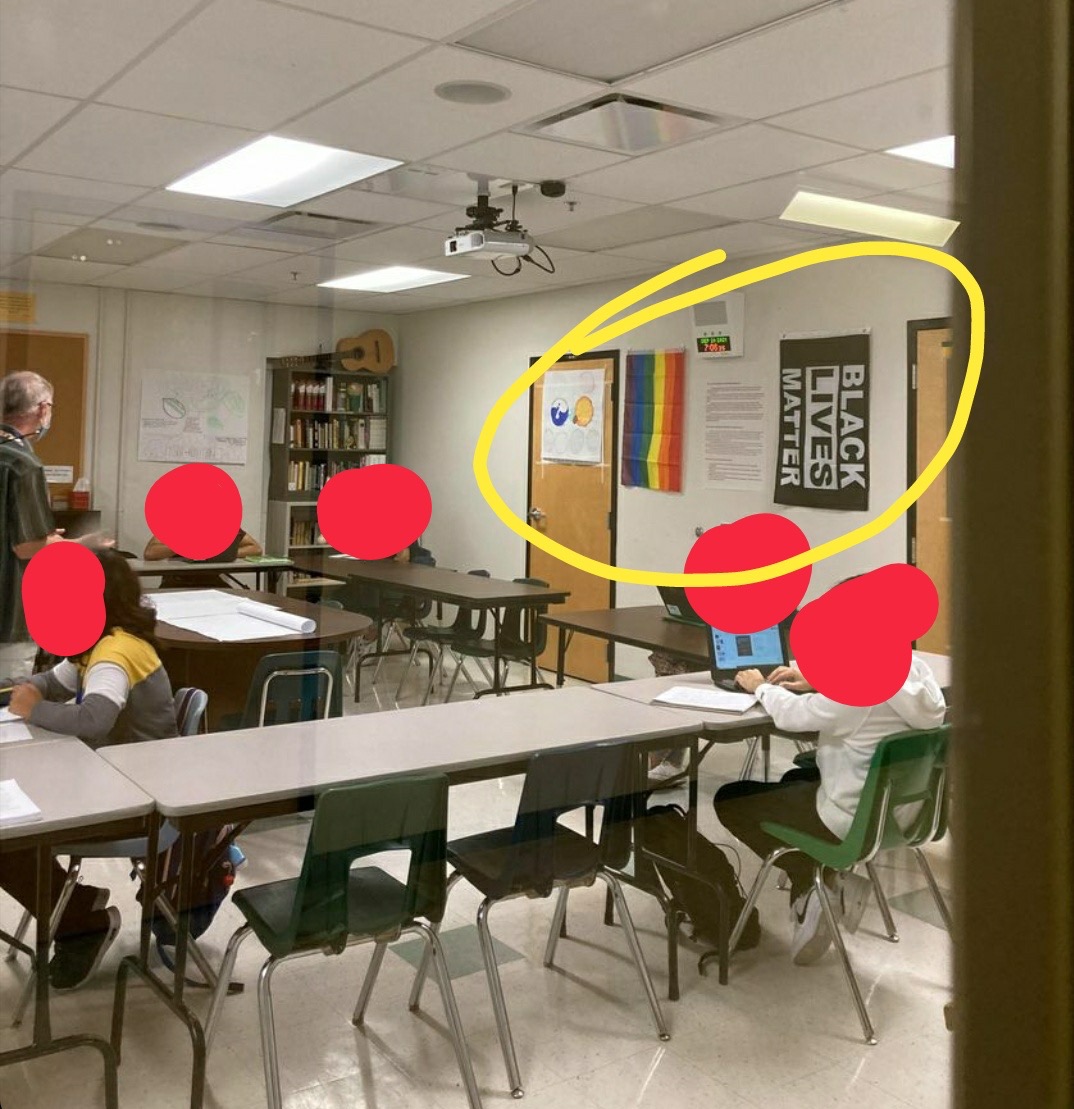 Gay Pride and Black Lives Matter by themselves seem all well and good, but it should be noted that Dr. Graffam is also the author of “Reimagining The Educated Mind,”  a book about “a descriptive argument for a major change in high school education.

This is a system where students select topics/subjects of interest and then, in negotiation with teachers, design the curriculum and assessment strategies they will follow. Four hypothetical students serve as models; thus, the reader sees both the overall structure of the Student Choice Curriculum and the day-to-day educational practices within schools that might use it. Student Choice Curriculum will help students learn how to learn and how to situate that learning in the real world, something current educational paradigms do not accomplish.” – Amazon description.

Essentially, this philosophy instructor has ideologies that might be perceived as going against the grain.  Many people are also for student choice curriculum, but an instructor who has written thoroughly about educational change and hangs the aforementioned flags in his classroom has raised some concerns from students’ parents.

This is one of many situations where states must ask themselves where the fine line is between personal opinion and education.  Earlier this month a California teacher, Gabriel Gipe, was fired for openly supporting ANTIFA, supposedly trying to turn students into “revolutionaries” according to the New York Post.

Another California teacher, Kristin Pitzen, was suspended from teaching in her classroom as an investigation begins into a video she posted on Tik Tok of her joking about telling students to pledge allegiance to the Pride flag and not the Amerian flag, which he also joked was not present in her classroom.

National Democrats Gamble big to ‘Come Out On Top’ In 2022

DHS Secretary Claims ‘Our Borders Are Not Open’