A new CBS/YouGov poll of 951 national Republicans shows that 80% surveyed support the ouster of Rep. Liz Cheney from her leadership position last week and that 67% of them do not see President Joe Biden as the legitimate winner of the 2020 presidential election between him and former President Donald Trump. To Republicans, Biden is illegitimately elected.

And of course, President Donald Trump has weighed in on the poll. In one of his daily emails to media and supporters, Trump doubled-down on his belief (belief of many Americans) that he won the election and Biden and Democrats stole it. Here is what Trump stated:

“Breaking News! New polling by CBS News on the state of the Republican Party (which is very strong!). “President Trump has a strong hold on the GOP.” 80% of Republicans agree with the removal of Liz Cheney from GOP Leadership and only 20% disagree. The poll also showed that 67% of Republicans said that they do not consider Sleepy Joe Biden to be the legitimate winner of the 2020 Presidential Election. I agree with them 100%, just look at the facts and the data—there is no way he won the 2020 Presidential Election!”

There is little question that Trump is the undisputed leader of the Republican Party, and most elected Republican officials, both at the state and federal level, agree tend to agree. 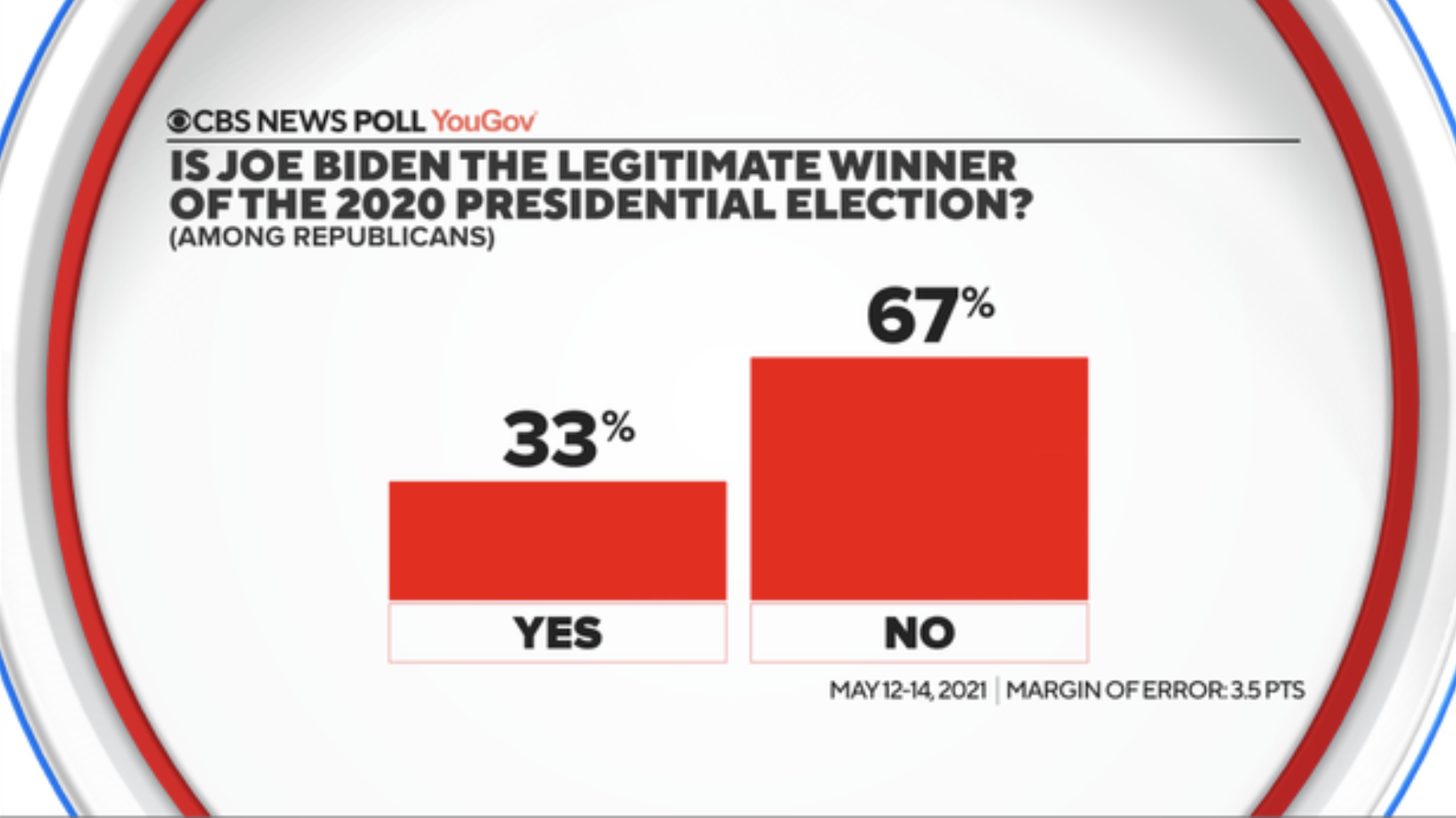 Trump has already signaled that he is strongly considering another run in 2024, but it will solely depend on how well Republicans do in the 2022 mid-term election at the federal and gubernatorial level. 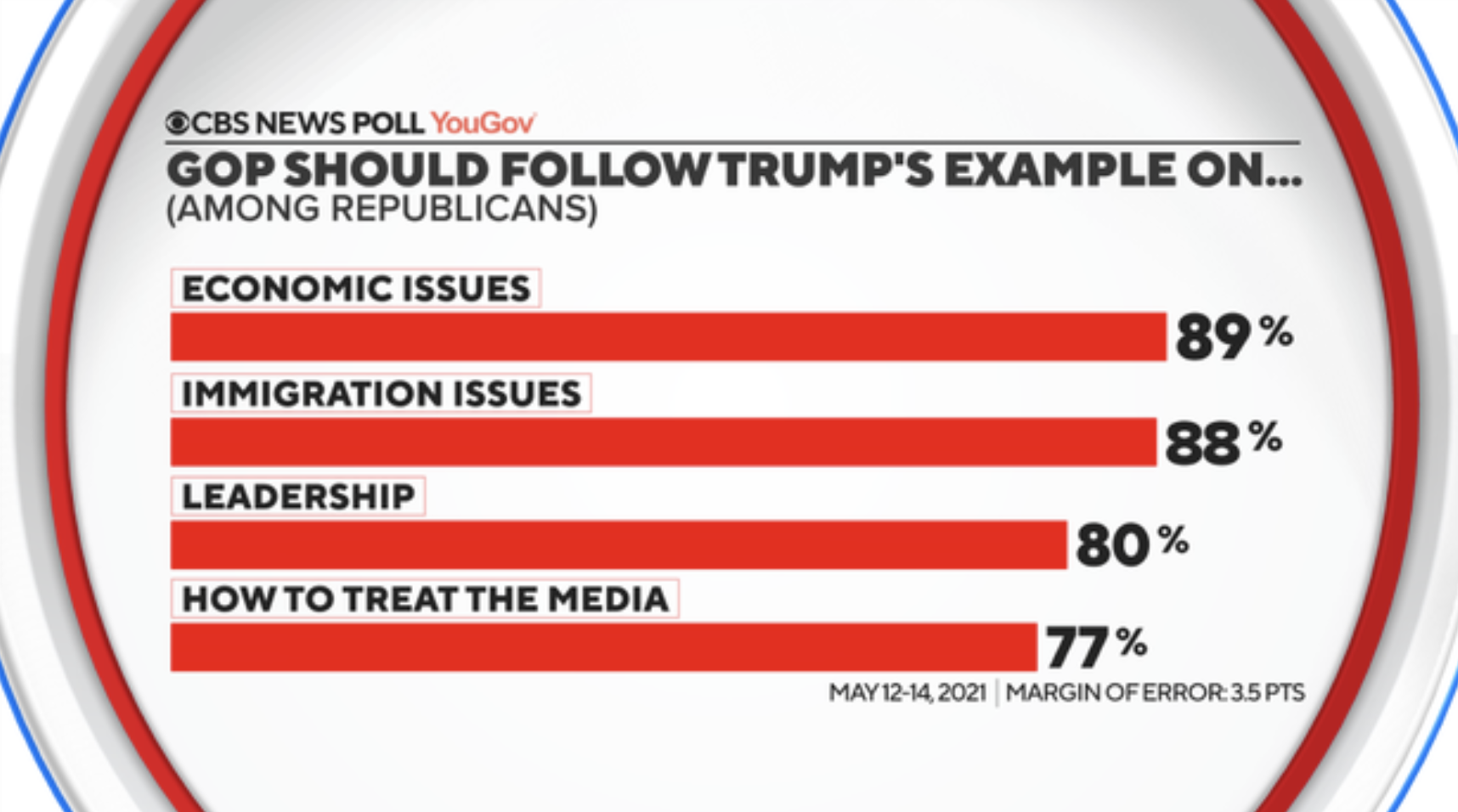 According to a close advisor, the president is relishing in his current role as ‘Kingmaker’ of the GOP. So far, everyone that Trump has backed this year has won. The bad news for Democrats is that because momentum swung against them in the 2020 election, they are expected to lose control of the House of Representatives and possibly the Senate in 2022.

If Democrats lose one or both chambers of Congress in 2022, it’s lights out for President Biden. Biden could be rendered a lame-duck president as early as December 2022.

Buchanan Calls on Biden To ‘Suspend All Aid To The Palestinians’