Today at the famed “Freedom Corner” in West Palm Beach, Florida, Florida Governor Ron DeSantis is said to be addressing the usual 200+ strong Trump supporters to announce his 2022 re-election campaign.

Well, that’s the rumor, and while we cannot confirm Gov. DeSantis will make a reelection announcement, The Floridian has confirmed that Gov. DeSantis will be in the area today for a meeting the local YPO chapter, a group of business owners within Broward, and Palm Beach Counties.

Chances are that DeSantis shows up to the rally, but will he appease his base of support by chanting “ 4 more years?” 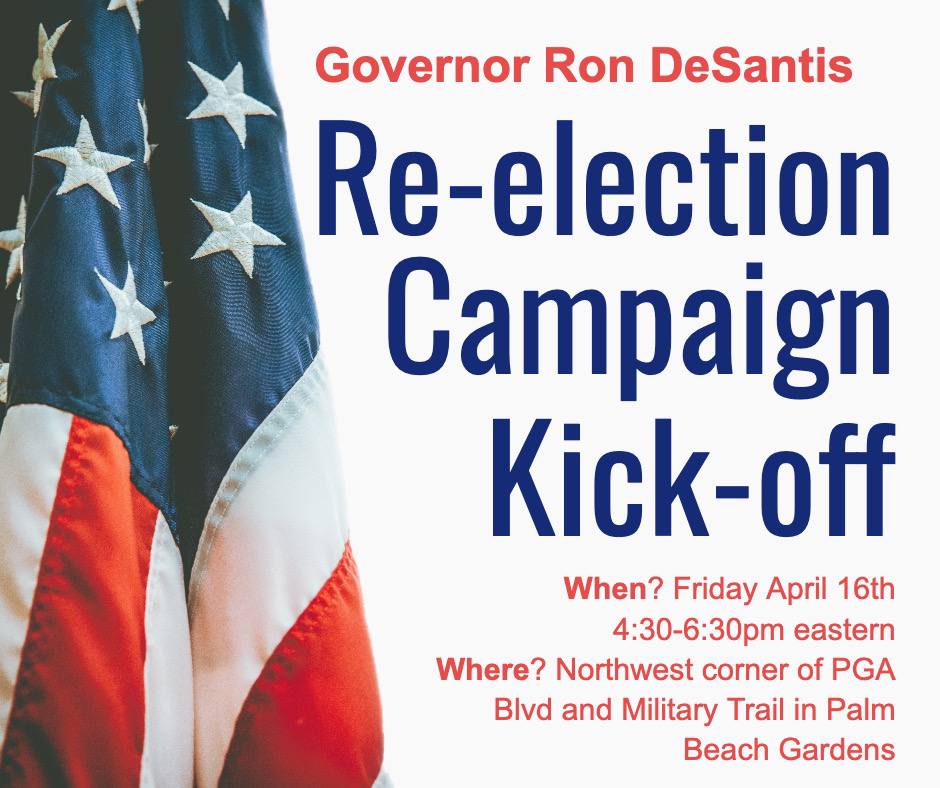 For weeks activists have been speculating as to when DeSantis would officially launch his re-election bid, but while announcing a statewide political run for office is not the norm during a state legislative session, DeSantis is not your typical governor.

The rally is being dubbed as a “Re-Election Campaign Kick-off Event” by local activists, but nothing can be confirmed from the campaign.

Meanwhile, one of DeSantis’ probably 2022 Democratic gubernatorial opponents, Agriculture Commissioner Nikki Fried, has ramped up her travel schedule and will be in Miami earlier to host a “food insecurity roundtable” with local stakeholders and leaders.

Commissioner Fried has been making a concerted effort in as many places as possible in the weeks leading up to her expected gubernatorial campaign announcement.