As expected, the George Floyd Justice in Policing Act passed in the U.S. House of Representatives on Wednesday. The vote came down along party lines, with Texas Rep. Lance Gooden (R) being the only Republican to vote in favor of the measure anti-police measure.

Rep. Gooden can expect to get primary challenged in 2022.

The worst components of the measure are that it opens up police officers to civil litigation as it would make limitations to “qualified immunity” when used as a defense to liability and that it defunds police agencies.

The bill also does the following:

Florida Rep. Kat Cammack (R) (pictured), whose husband is a First Responder,  spoke in opposition to the bill on the floor of the House and blistered Democrats for pushing a defund police narrative, and saying that the attempts to call the legislation a “reform bill” was “BS.”

What this bill ultimately does is defund the police,” said Rep. Cammack. You want a better trained, more responsive police force in your hometown? Fully fund the police. You say this is a reform bill and I say that's BS.”

Cammack then stated that House Democrats like Reps. Ilhan Omar, Rashida Tlaib, Alexandria Ocasio-Cortez, and Ayanna Pressley, have been “advocating for the defunding of our local police officers” and “calling them names” she cannot and would not repeat.

Democrats were divided on supporting defund police legislation, but apparently, the caucus has put aside their differences (elections have consequences) and have come together to pass this bill.

The bill all but handcuffs law enforcement agencies as it creates a national registry that would compile date on police officers as it pertains to complaints and all records, including police misconduct incidents.

The House policing bill is dead on arrival in the U.S. Senate, but House Democrats know this, and are surely expecting to negotiate the bill, and hope to get as much out of it as possible.

Democrats continue to push the Progressive agenda President Joe Biden campaigned on during the 2020 general election. Next up: H.R. 1 —The election reform bill. 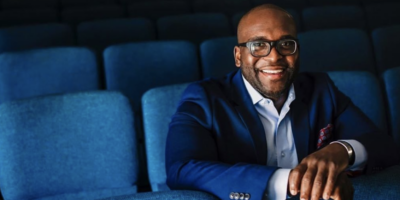