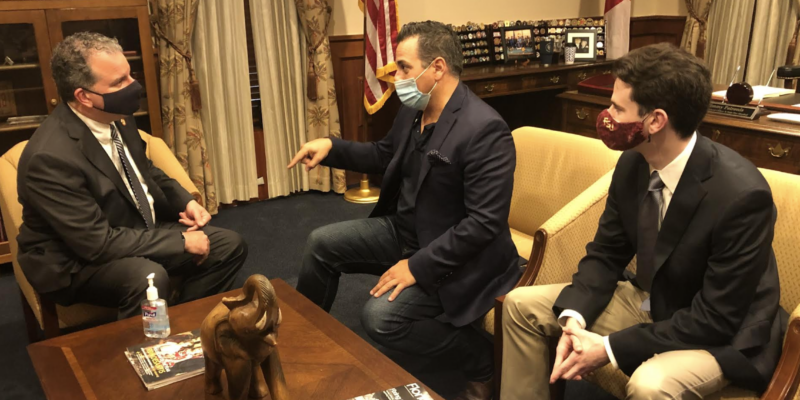 In the midst of vaccine distribution and a new presidency, it is easy for average Americans to feel lost, especially in a place like Florida, with one of the nation’s most diverse populous.  Answers are needed as to how we will return to normalcy in the United States.

I sat down with Chief Financial Officer Jim Patronis (R-FL) this week to ask him the questions that plague everyday Americans, such as the COVID progression and his thoughts on Big Tech.

We started off by rehashing the COVID vaccine distribution, and his apparent hopes to bring the Olympics to Florida, as he wrote the Olympic committee to consider its 2021 events to be moved here, rather than hold the summer games in Japan.

However, in the middle of Governor Ron DeSantis’ (R-FL) vaccine rollout, would this be a smart idea?

“We have got athletes with a fleeting window to be competitive, and whether it be track and field, rowing, and swimming, all these venues already exist in the state of Florida,” said Patronis, “I think Florida can do it.  We have ample capacity.”

I then asked Patronis what his next move would be if Florida really is ready to host Olympic games this year,

“We made it abundantly clear that we would like to see something take place here.  The US Olympic Committee says that we created an awareness that Florida is interested and we will probably hear more.” Patronis then added, “If it [Olympics] loses another year, I don’t know what it’ll do to them financially.”

We then pivoted to Big Tech and censorship as his colleague DeSantis has increasingly grown more vocal on the subject.

Of course, politicians of all stripes can give their take on censorship, but I gave Patronis the opportunity to explain what action he would take as the CFO to fight censorship himself.

“We’re a big believer in protecting people’s finances and whenever somebody has an information breach, we call them out,” said Patronis. “We have a pretty good bully pulpit.  Whenever a company does something wrong, we bring light to it and it usually triggers other good outcomes.”

Patronis,  a Republican, also wants to ensure that he can guard privacy, while also avoiding “growing government.”

While our country takes on staking problems such as COVID-19 and censorship, it is important that Americans do not abandon their Western values in order to get through this trying, but temporary, time in American history.