The 2022 mid-term election is already in full-swing as President Donald Trump and House Republican leadership are already planning a GOP takeover of the U.S. House of Representatives.

For those of you hoping that President Trump would start a third party, your dream is over.

President Trump met with House Minority Leader Kevin McCarthy at Mar-a-lago to strategize what the president was prepared to do to help Republicans pick-up the 5 seats they need to take over the majority in the House.

Even though President Trump narrowly lost his election under very questionable voting irregularities in over 5 battleground states, Republicans owned the night across the country, picking up 15 House seats and conceding only 3. The net 12 seat gain for Republicans was a shot across the bow of Speaker Nancy Pelosi’s desk, and as President Joe Biden continuing his seemingly authoritarian and executive order-driven presidency, the intra-party friction in the Democratic Party is boiling over,

Progressives or Democratic Socialists in the House are the de facto leaders of the House Democratic Caucus, and with their full-throated support for a Socialist agenda, Republicans smell blood in the water can almost taste their takeover of the majority. 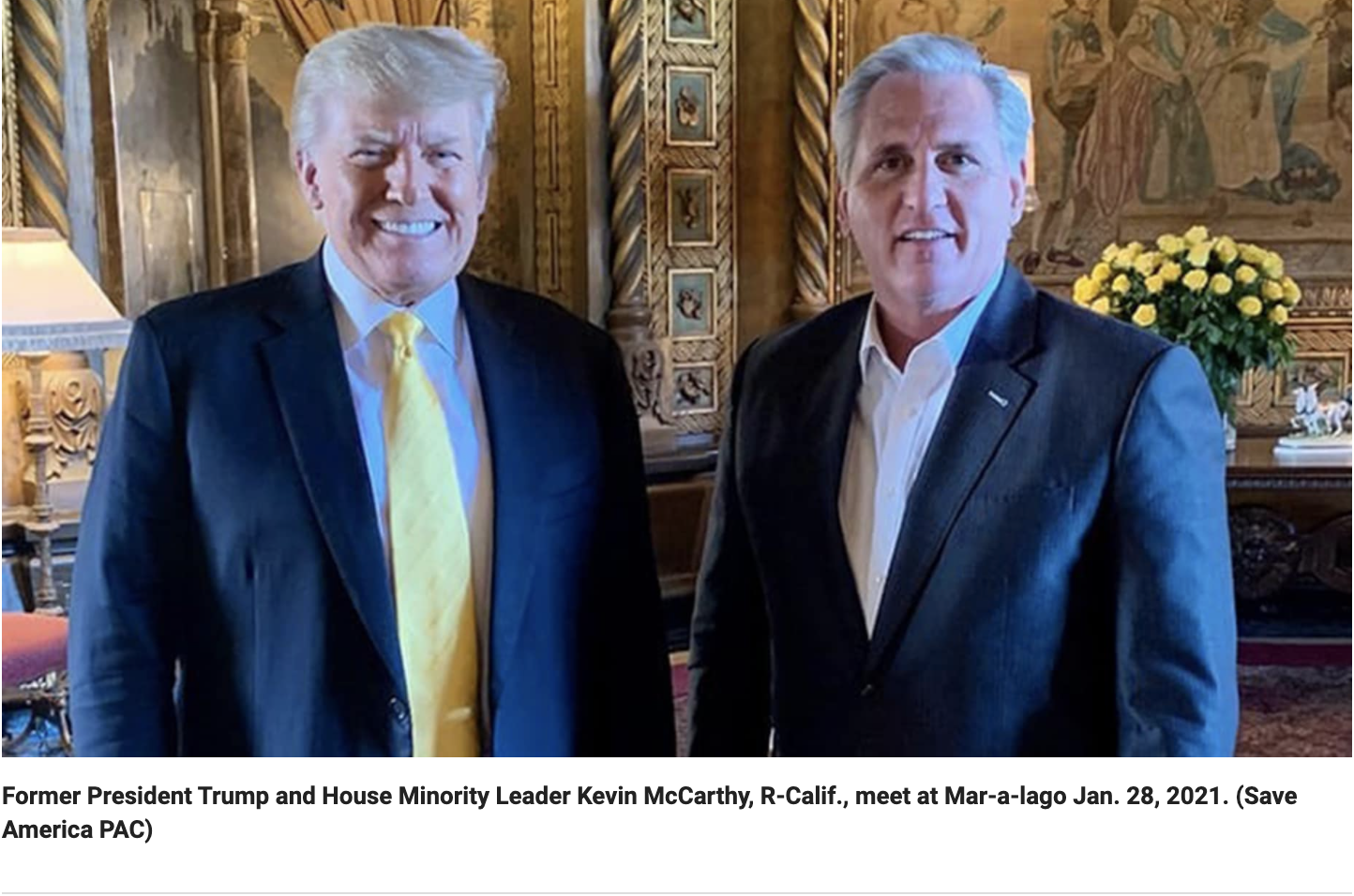 “President Trump has agreed to work with Leader McCarthy on helping the Republican Party to become a majority in the House,” stated Trump-aligned Save America PAC. “They worked very well together in the last election and picked up at least 15 seats when most predicted it would be the opposite. They will do so again, and the work has already started.”

After McCarthy met the president, the Leader tweeted: “United and ready to win in ’22”

“For the sake of our country, the radical Democrat agenda must be stopped,” McCarthy said in a statement.  “A united conservative movement will strengthen the bonds of our citizens and uphold the freedoms our country was founded on.” (FOX)