One of former President Donald Trump’s biggest supporters in the U.S. Senate was Senator Marco Rubio, who because he recently outlining how “an oligarchy in legacy media,” big government and government were actively trying “wipe out dissenting voices,” was met with harsh criticism from Democrats, in particular former Congresswoman Debbie Mucarsel-Powell (D).

In response to Rubio, Mucarsel-Powell posed the question if the “legacy media” he was referring to include Miami-based Radio Mambi and Univision.

Mucarsel-Powell in turn stated that she heard Rubio say that very morning on a Spanish-language radio show that he supported President Donald Trump "at all times.”

“Just this morning you were on the radio saying: “en todo momento apoye a Donald Trump.” (“At all times I supported Donald Trump”), responded Mucarsel-Powell. “Stop with the hypocrisy and start working for Floridians.”

Mucarsel-Powell assertion that Rubio said he supported Trump "at all times" is inaccurate.

Just this morning you were on radio saying: “en todo momento apoye a Donald Trump.” (“At all times I supported Donald Trump”)

Stop with the hypocrisy and start working for Floridians. https://t.co/tjE7GqIzJQ

According to the interview, Mucarsel-Powell was referring to. Rubio actually stated that he supported President Trump over 90 percent of the time, not all the time

In the interview with Americateve, Rubio stated,” I have votes and have supported all of the important initiatives. I have voted with him some 90+ percent of the time. Rubio then added that  “if someone supports me 90+ of the time, I would consider him an ally.”

The Floridian reached out to Mucarsel-Powell for comment and clarification about which of Trump’s “big initiatives” did she disagreed with Rubio about, but have not heard back.

In looking at some of the Trump administration's initiatives that Rubio was involved with and supported, the following list received unprecedented bipartisan support in the U.S. Congress, even from Mucarsel-Powell.

—Expansion of the Child Tax Credit from $1,000 to $2,000 per child and for the first time made the first $1,400 refundable against an individual’s payroll taxes?

—Pressing the President to offer DED for Venezuelans

Rubio has also received heavy criticism from the “Trump Train” because many of the former president’s supporters believe that Rubio hadn’t done enough to promote the “America First” Trump agenda. Some Trump loyalists still hold a grudge from the 2016 Republican presidential primary race when Trump and Rubio went "little" mano a mano during the debates.

In reality, Rubio helped frame the agenda, and as he said, he sided with Trump over 90 percent of the time.

The Floridian spoke to one former Trump administration official who told us that Rubio was instrumental and “very helpful” in helping President Trump achieve the accomplishments he made during his term in office, especially when it came to negotiating the often-times turbulent Western Hemisphere. 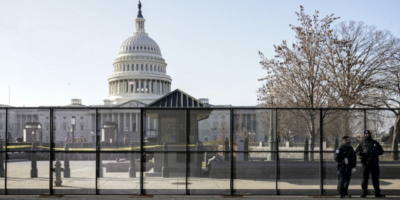