cPresident Donald Trump continues his one-man condemnation of the Fox News network, the media outlet that helped him win the White House in 2016, calling it "dead."

Fox News is filled with conservative pro-Trump pundits and hosts like Sean Hannity, Katie Pavlich, Lawrence Jones, and others, but the new reporters and editorial department appears to have "jumped the shark" with the president by trying to come off as too fair.

Because of their change in journalistic strategy, Fox News ratings have temporarily suffered, opening the door for NewsmaxTV and OAN, among others. But the downward turn in ratings have not affected the overall lead in ratings Fox has enjoyed.

According to Nielsen Media Research, FOX News Channel is still the top-rated network among all media outlets, including CNN.

Brazile isn't the only Fox News personality he has criticized. Anchor Chris Wallace, a registered Democrat, infuriated Republicans by the way he treated the president during the first of three presidential debates.

It appeared that Trump was debating both Joe Biden and moderator Wallace. Wallace relentlessly interrupted Trump as he answered questions while giving Biden a pass.

"Throughout his career, Wallace has kept his politics to himself, acknowledging only that he was registered as a Democrat; to do otherwise as a resident of reliably blue Washington, DC, means having no say in the local primaries."- Town & Country

Trump has also pointed the finger at former House Speaker Paul Ryan who sits on the board at Fox News. It isn't a secret that Ryan was a voice of opposition, and was extremely critical of the president early on in his term in office.

Meanwhile, the overwhelming majority of Republicans believe the election was stolen away from Trump.

Can’t believe how badly @FoxNews is doing in the ratings. They played right into the hands of the Radical Left Democrats, & now are floating in limboland. Hiring fired @donnabraziIe, and far worse, allowing endless negative and unedited commercials. @FoxNews is dead. Really Sad! 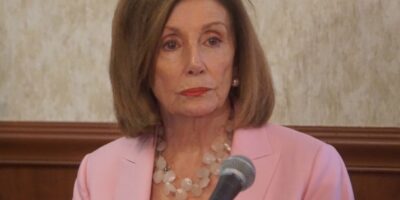 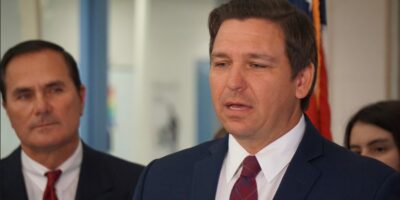